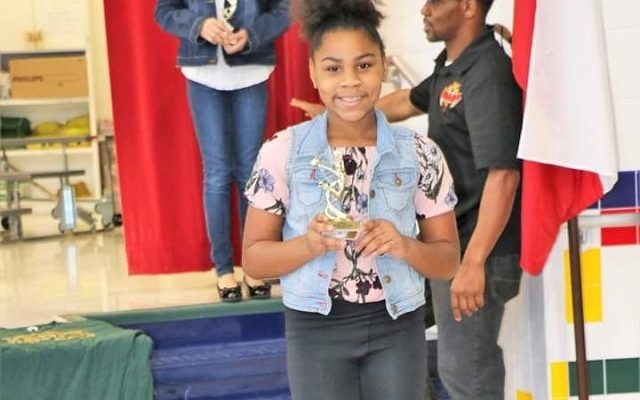 SAN ANTONIO (KTSA News) – An eleven-year-old girl killed by a stray bullet in the city’s Northeast Side has been identified as Donita Henry-Phillips.

A GoFundMe account has been set up to help the family cover funeral expenses.  Danielle Williams, a family friend who set up the account, describes Donita as a “caring, loving and active child” who “could light up any room she was in.”

Donita was a cheerleader with the Venom Football and Cheer team.

SAN ANTONIO (KTSA News) – An eleven-year-old girl has died after a shooting in the city’s Northeast Side.

Police say the girl was a passenger in a vehicle with seven other people on Walzem Road East of IH 35 Saturday evening when she was shot.

A woman in a car behind that vehicle also was wounded. She remains in critical condition.

The girl was rushed to San Antonio Medical Center, and San Antonio Police confirmed Sunday that she succumbed to her injuries.

Homicide investigators are asking anyone with information on the shooting Saturday to call police at 210-207-7635.