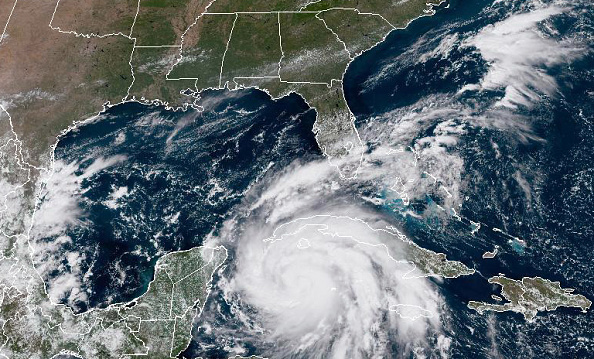 CARIBBEAN SEA - SEPTEMBER 26: In this NOAA handout image taken by the GOES satellite at 16:56 UTC: shows Hurricane Ian as it moves toward western Cuba on September 26, 2022 in the Caribbean Sea. The storm is expected to bring a potentially life-threatening storm surge and hurricane-force winds. Meteorologists expect Ian to peak at Category 4 strength over the Gulf of Mexico later this week, then weaken before reaching Florida. (Photo by NOAA via Getty Images)

SAN Antonio (KTSA News) — Texas may not get hit by Hurricane Ian, but Governor Greg Abbott is mobilizing resources for areas that can expect a direct hit in the coming hours.

“The spirit of Texas is helping one another in times of need, and we are proud to help our fellow Americans in Florida ahead of the arrival of Hurricane Ian,” said Governor Abbott. “Texas is no stranger to hurricane disaster response efforts, and we recognize the urgency for additional resources in preparation of this Category 3 storm. We greatly appreciate the the generosity of Floridians and aid the State of Florida has sent us during times of crisis in our state—and we are honored to do the same.”

Texas A&M Task Force 1 functions as one of the 28 federal teams under FEMA’s National Urban Search and Rescue System and is one of two statewide search and rescue teams under the direction of the TDEM.

Texas A&M Task Force 1 is sponsored by the Texas A&M Engineering Extension Service (TEEX), a member of The Texas A&M University System, and is headquartered in College Station, Texas.