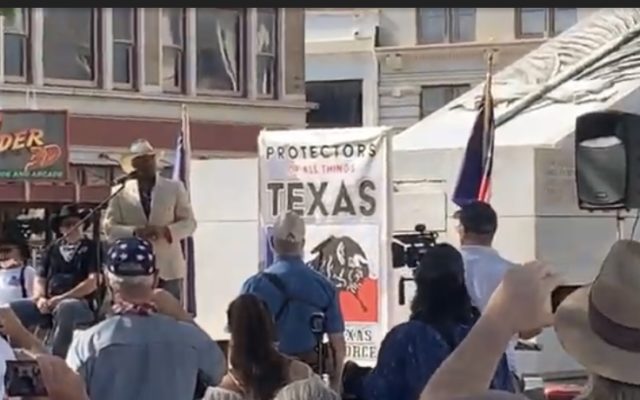 SAN ANTONIO (KTSA News) – The number of confirmed cases of COVID-19 has risen to 1,231 in San Antonio and Bexar County, but no new deaths were reported Saturday evening.

Mayor Ron Nirenberg says 497 area residents have recovered and 62 remain hospitalized. Seventeen patients are on ventilators. The number of coronavirus-related deaths remains at 43.

The Stay Home Work Safe orders remain in effect, which prohibit gatherings of more than 10 people, yet protesters gathered at Alamo Plaza Saturday afternoon.  Those attending the rally were protesting plans to move the cenotaph several hundred feet from its current location, and many were not wearing face coverings.

Nirenberg was asked why no citations were issued.

“Those guys just want a confrontation and we’re  not going to give it to them,” said Nirenberg. “From most of what I’ve seen, those guys are pretty used to wearing face coverings and masks.  They would be picking a hell of a time to take them off.”

Nirenberg says the challenge is to make sure that the majority of San Antonio residents do what they can to help keep their neighbors healthy and alive  and not be “a vector for disease, which is exactly what gatherings like these are”.

“I don’t think the point can be made loudly enough that if we want to enjoy the fruits of an open community, which we all want to do, and a strong economy, we should be working hard to get out of this pandemic as quickly as possible. The only way we can do that is to listen to health guidance,” said Nirenberg.

The mayor said he understands that staying at home is stressful.

“People in my own home are getting on each other’s nerves,” he said with a laugh.

There also was an impromptu parade in the King William neighborhood Saturday morning on the day that the King William Fair would  have taken place, were it not for the coronavirus. The mayor said, as long as people remained in their cars, participants  were in compliance.