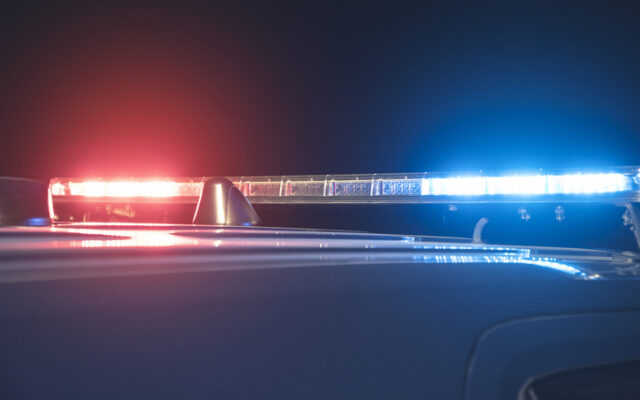 A 13-year-old girl led state troopers on a high-speed car chase through central Nebraska on Monday night, at times topping 100 mph during a pursuit that lasted roughly 15 minutes, authorities said.

The driver, a girl from Colorado, was eventually taken into protective custody along with the vehicle’s only passenger, an 11-year-old boy, according to the Nebraska State Patrol. Troopers responded to the incident with help from the Buffalo County Sheriff’s Office and Shelton Police Department, the agency said in a news release issued after both children were successfully stopped while traveling down an interstate highway.

The chase occurred after around 9:30 p.m. local time on Monday, when a Nebraska trooper spotted a Nissan Pathfinder driving east on I-80 at about 35 miles per hour, state patrol said. The trooper attempted to initiate a traffic stop near the south-central city of Kearney before the Pathfinder allegedly sped up and fled.

“The vehicle reached speeds exceeding 100 miles per hour as it fled eastbound on I-80,” Nebraska State Patrol wrote. “Another trooper was able to successfully deploy stop sticks at mile marker 288 to slow the vehicle. The suspect vehicle then exited I-80 at the Shelton interchange and began traveling northbound at slower speeds.”

Another trooper was ultimately able to perform a tactical maneuver that forced the Pathfinder to stop, and proceeded to take both the young girl and boy into protective custody “without further incident,” state patrol said. Troopers then found a firearm, a small amount of marijuana and drug paraphernalia inside the car, according to the agency.

Interstate 80 runs horizontally through central Nebraska, starting just over the state’s western border in Wyoming and running east to Omaha. At one juncture it dips south near the northeastern corner of Colorado and briefly intersects with another interstate highway that begins there.

According to the Nebraska Department of Motor Vehicles, prospective drivers are not eligible to apply for a learner’s permit until at least 60 days before they turn 15, and learner’s permit holders cannot get behind the wheel without a licensed driver who is at least 21 years old. Similar rules apply in Colorado, where teenagers can obtain a permit at about 15 years old and must be accompanied by a licensed driver who is at least 21 for one year before becoming eligible for a license.