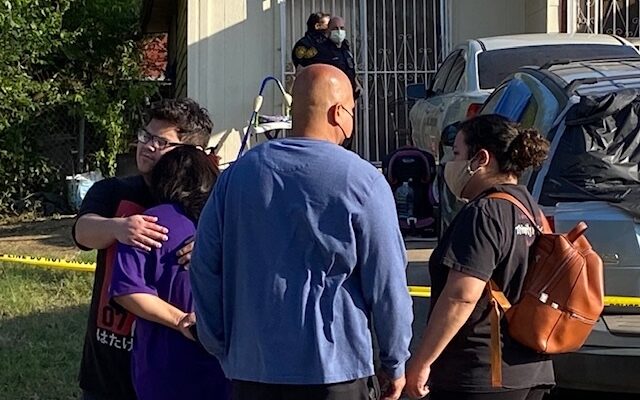 SAN ANTONIO (KTSA NEWS) – A woman whose son was shot and killed as he slept in his family’s Southeast Side home is mourning his death and worrying about her 13-year-old daughter who’s missing.   Police are looking for the girl and her boyfriend, who’s a suspect in the murder Wednesday morning on Lasses Boulevard.

Michelle Rodriguez told KTSA news she was awakened by gunshots around 7 Wednesday morning.  She rushed to her daughter’s room, but she was gone and her 20-year-old son was dead in another room.  Her daughter’s boyfriend is accused of killing him.

“He didn’t deserve this,” Rodriguez told KTSA News as she fought back tears. “My son had no enemies.  My son was a great kid.”

She’s concerned about her daughter.

“My daughter’s missing and she has a bad boyfriend  we’ve been trying to keep her away from,” Rodriguez said.

She told KTSA News he’s 14-years-old, but that has not been confirmed by police.   The search continues for  Rochelle Rodriguez and the suspect.