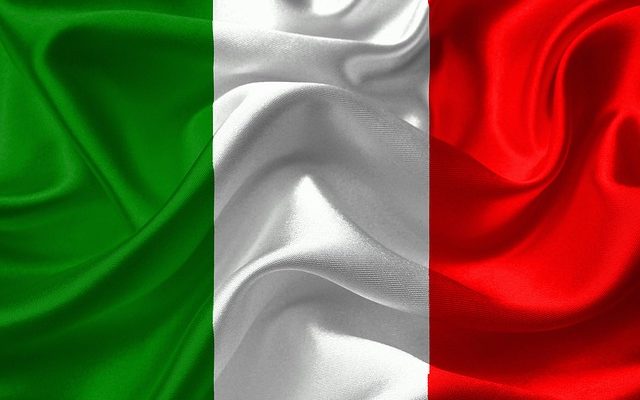 Groucho Marx once said “I find television very educational. Every time someone turns on the set, I go in the other room and read a book”.

I love this quote for all the obvious reasons, but also because I have this weird habit of reading WHILE watching a game or a movie. Don’t ask me why. Don’t ask me how. It just works for me, and I think Groucho would’ve liked it too.

Here’s what I’ve been into in the last few weeks:

“The Archipelago: Italy Since 1945” by John Foot (2018) If it seems like an odd slice of history, the author explains in a meandering preface why he took an interest in this period and this country. I had high hopes for this book, but it was oddly disjointed and anecdotal. Worth a skim, but that’s about it.

“Family Honor” by Robert Parker (1999) This novel kicked off a new character and series for the famed author of the “Spenser” books. Sunny Randall is a young woman with a complicated personal life who seems to have randomly chosen life as a P.I. I like the way Parker writes, especially his punchy dialogue and colorful side characters. But this is very, very derivative of the Spenser books, which are still his best.

“Diamonds Are Forever” by Ian Fleming (1956) (reread) The 1971 movie version, the last official Bond movie with Sean Connery, is very different and equally good. In the book version, 007 is tracking diamond smuggling from Africa to Las Vegas. Reading Fleming’s depiction of femme fatale Tiffany Case made me really appreciate Jill St. John’s version in the movie (she’s really true to the character, and incredibly sexy).  I’m rereading the Fleming novels after first getting into them in my teens and 20s, and still love them.

“Fear of The Dark” by Walter Mosley (2006) I don’t think anyone is writing ’50s noir novels better right now than Walter Mosley. He is an American treasure, period. This is from his series with main characters Fearless Jones and Paris Minton, dealing with Minton’s lowlife cousin, Ulysses (“Useless”) S. Grant, who started out blackmailing people and now has disappeared.

“The Black Hand: Epic War Between a Detective and The Deadliest Secret Society in American History” by Stephan Talty (2017) Highly recommend this well-written history of the first Italian American detective in NYPD history, Petrosino, and the “Black Hand” organization, precursor to the Mafia. Along the way, you get a fascinating look at the assimilation of Italians into American life, and some incredibly brave and resourceful police work. Superb.

“The Bourne Imperative” by Eric von Lustbader (2012) Continuing Robert Ludlum’s now-iconic Jason Bourne storyline, EVL has Jason finding a man much like himself once, barely alive, and amnesiac. Or is he? All the tasty ingredients are here, the “Treadstone” intrigue with the US government, which hates and needs Bourne, foreign operatives like the Mossad’s “Rebekah” and action spread around the globe. Ludlum was the very best at this in his day, and von Lustbader is a worthy and entertaining successor. Always recommend any book with these men’s names on the cover.

“The Golden Spiders” by Rex Stout (1953) One of the best, most enduring American detective series, Stout’s mastermind Nero Wolfe, and trusty sidekick Archie Goodwin, are approached by a little boy who has witnessed a damsel in distress. Before you can blink, their pint-sized client, and others, begin to die, and the only clue is a pair of golden earrings shaped like spiders. And what a web…

“Night School” by Lee Child (2016) Jack Reacher is actually still in the Army in this throwback or prequel that interrupts the chronology of the Reacher series. It’s the mid-90s, we are just waking up to the Islamic terror threat. Suddenly, a deadly artifact of the Cold War enters the picture and complicates life for the US and German governments. As usual with Child, you’ll be tearing the pages in your hurry to see what’s next.

“Thank You, Mr. Moto” by John Marquand (1936) First written as a magazine serial and later reprinted as a novel, this Moto story involves a young Briton, Tom Nelson, living in Peking and getting drawn into a smuggling and murder mystery that Mr. Moto is investigating, and trying to keep Tom out of. Marquand’s books are definitely period pieces, so some may be offended by the depictions and launguage. At the same time, they’re both well-crafted thrillers and glimpses into the late-colonial era of foreign powers in Asia.

As always, I love hearing about books you’re reading. And what you think of any of these, if you try them. [email protected]