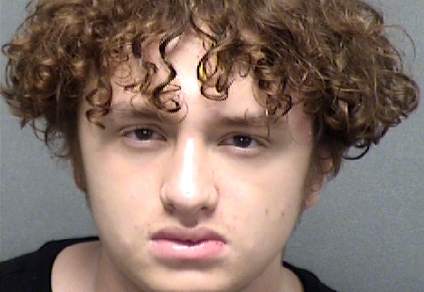 SAN ANTONIO (KTSA News) — A 17 year old is behind bars on charges he ran over a man after they started arguing in a convenience store parking lot.

29 year old Milton Tejeda was killed September 21 in a parking lot near the intersection of Ramsgate and Stockbridge.

According to a witness it was there that he reportedly walked up to a car driven by 17 year old Seth Mendellhall and asked about buying some drugs.

The pair began to argue and as Tejeda was walking away, Mendellhall ran over him, pinning the man under his vehicle.

Mendellhall’s vehicle began leaking fluid and left a trail which police followed to a home three miles away.

Officers took a look at the vehicle and noticed damage to the undercarriage.

The car’s owner told police he had let his daughter borrow the vehicle and the last time he saw the vehicle, it was being driven by Mendellhall.

The owner then contacted his daughter to ask about the crash but she told her father that another boy took the car keys and drove off.

The father also told police he could hear Mendellhall whispering what he wanted the girl to say.

Mendellhall is reported to have called his parents for a ride, telling them that the car had broke down.

Police arrived at the Mendellhall home but the teenager was not there.

Officers were able to track him down and he is currently at the Bexar County Jail on $75,000 bond.