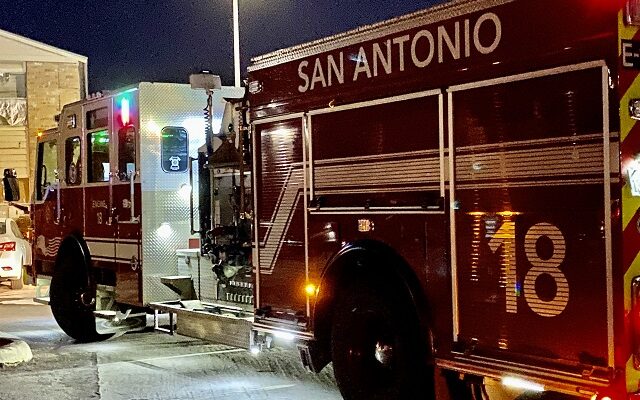 SAN ANTONIO (KTSA News) — No injuries have been reported but a lot of people are now without a home after a fire ripped through an apartment building on San Antonio’s Northeast side.

The call came in at around 4 A.M. at the Brix at Terrell Hills Apartments in the 2400 block of Harry Wurzbach.

Flames lit up the sky as crews approached the massive fire.

Firefighters were able to account for the 18 residents who lived in the building and the Red Cross has been called in to help them.

It appears the fire was set intentionally on the second floor and police have detained one person while the investigation is conducted.