19-year-old charged with sex assault of a child, drug charges 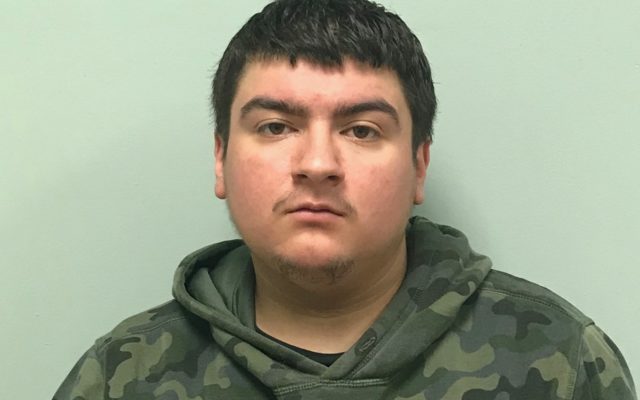 SAN ANTONIO (KTSA News) — A 19-year-old was arrested Tuesday for sexual assault of a child, among other charges.

Bexar County Sheriff Javier Salazar said a 15-year-old girl was communicating with Christopher Salazar who said he was 17 on Instagram in mid-January and that conversation moved over to Snapchat.

The sheriff said the conversation turned sexual.  The male picked her up from school and took her to a home in San Antonio where they had sex.

She asked this male again if he was in fact 17 when he admitted that he was actually 19.

The girl reported what happened and the sheriff’s office began its investigation.

During that investigation, the sheriff’s office found he was on probation on a robbery charge out of Brazoria County.  Additionally, they found a handgun in his possession, THC-infused edibles that looked like candy and ecstasy.

A warrant was issued and the suspect was arrested Tuesday on charges that include sexual assault of a child, being a felon in possession of a weapon, and drug crimes.