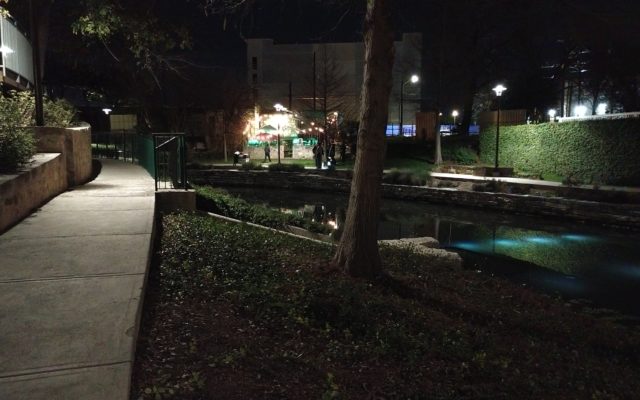 Investigators look for evidence and process the crime scene along the San Antonio River after seven people were shot at Ventura on Jan. 19, 2020. Photo: KTSA/Dennis Foley

Two of the victims died.  The other five victims were taken to area hospitals.

San Antonio police chief William McManus said the shooting happened at Ventura on Avenue B at around 8 p.m. Sunday.  McManus said there was an argument in the club between patrons before the shooting.  It is not clear if the suspect was shooting indiscriminately or was intending to shoot the seven people.

The police chief said there is currently one suspect in the case, who they have not yet identified.  He also said there is no public threat from this shooting.

This story will be updated as new information is made available to KTSA News.