2020 candidates vow to boycott next debate to support union protests 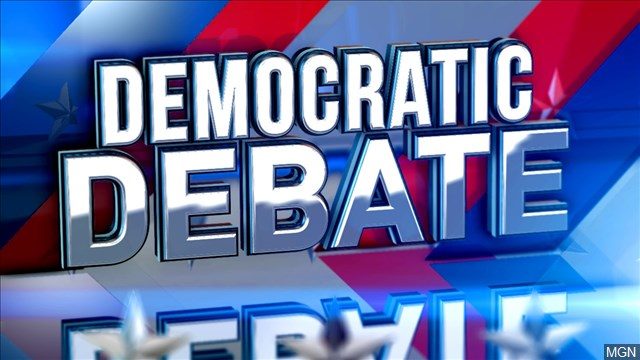 (CBS News) – All seven of the Democratic candidates who qualified for next week’s presidential debate are vowing to boycott the event to stand in solidarity with a union that plans to protest outside the debate’s venue.

The union of food service workers, Unite Here Local 11, is fighting for better wages and benefits, and informed candidates on Friday that “there could be picketing” on December 19 at Loyola Marymount University (LMU).

“While we remain hopeful that the labor dispute can be resolved before next Thursday, we want to be clear that if the situation remains unresolved, there could be picketing on the evening of the debate,” the union wrote in a letter on Friday.

Senator Elizabeth Warren was the first to pledge not to attend the debate if it required crossing a picket line.

“@UniteHere11 is fighting for better wages and benefits—and I stand with them … even if it means missing the debate,” she tweeted.

Warren called on the Democratic National Committee (DNC) to “find a solution that lives up to our party’s commitment to fight for working people.” That may mean another change in venue. The DNC already relocated the venue for this debate after a labor dispute at the original location, the University of California, Los Angeles.

“We’ve had several negotiations since March, where we can’t reach an agreement, and just recently, abruptly, the company cancelled all the negotiation sessions we’ve had,” said Briceño.

The union said negotiations broke down after months of talks with Sodexo, which is contracted by Loyola Marymount University for 150 food service workers at the campus. The employees picketed the college as recently as last month, accusing the company of stalling contract negotiations.

But in a statement on Friday, Sodexo said it is “100% committed to reaching an agreement, and any statement that we have left the bargaining table is not accurate.”