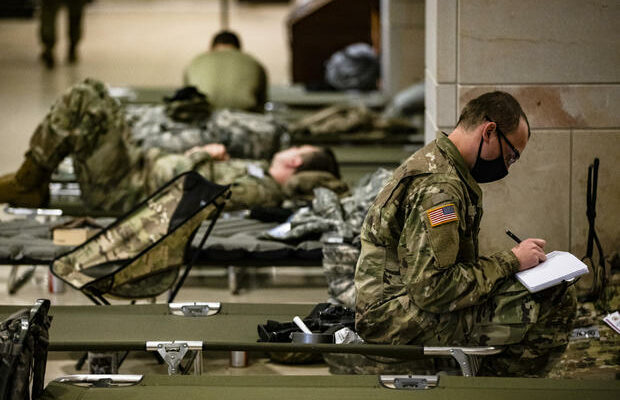 Thirty-eight members of the U.S. Capitol Police force and about 150 National Guard members have tested positive for COVID-19 since responding to the deadly attack on the Capitol earlier this month, officials told CBS News.

Gus Papathanasiou, the chairman of the union that represents Capitol police, told CBS News that cases have “spiked” since the January 6 attack on the U.S. Capitol that brought the police in close quarters with the rioters.

More than 25,000 National Guard troops were deployed to Washington, D.C., in the wake of the attack, and photos showed the guardsmen resting in close quarters inside the Capitol building. More than half of the guardsmen will return home in the coming days.

Two congresswomen — Representatives Pramila Jayapal and Bonnie Watson Coleman — tested positive after the attack. Lawmakers were forced to shelter together in a secure location as the rioters descended on the Capitol building, and that close proximity caused concern of a super-spreader event. Some Democrats have accused Republican colleagues of refusing to wear masks while the group sheltered together.

So far, more than 120 suspects have been hit with federal charges stemming from the January 6 riot that left five people dead. The FBI continues to search through social media, tips, and personal videos to find more suspects.

The Victimhood Culture Needs To Go Out of Fashion