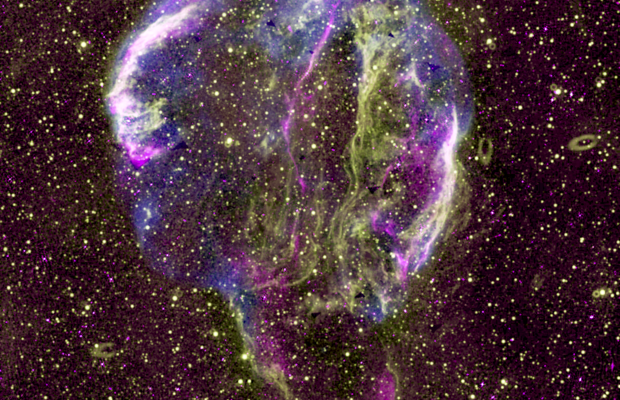 A new map of the night sky has just been made public for the first time. The photo, which was published by scientists at Durham University, shows an incredibly detailed picture of millions of galaxies and space objects.

Many of the 4.4 million galaxies captured in the photo hold massive black holes, or are generating new stars at high speeds. Most of the specks of light visible in the image are billions of light years away from Earth, according to the scientists. Some of the rarer objects captured in the image include colliding galaxies and flaring stars in the Milky Way.

“Each time we create a map our screens are filled with new discoveries and objects that have never before been seen by human eyes,” astronomer Timothy Shimwell of ASTRON and Leiden University said in a statement. “This release is only 27% of the entire survey and we anticipate it will lead to many more scientific breakthroughs in the future.”