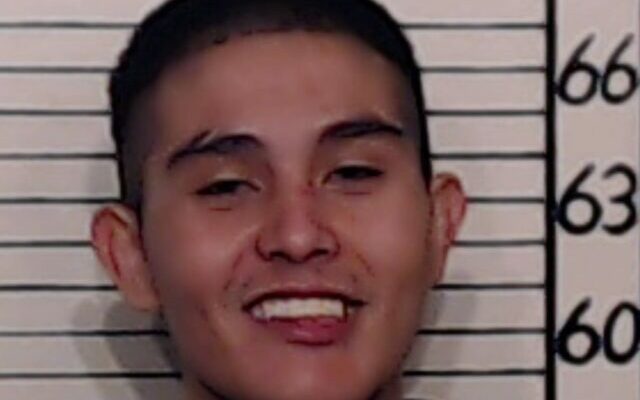 SAN ANTONIO (KTSA News) — The New Braunfels Police Department is asking for your help in locating one of Comal County’s 10 Most Wanted.

He’s 28 year old Aaron Arnaldo Gomez, a convicted felon with a Violation of Parole warrant and for his suspected role in a recent Aggravated Assault with a Deadly Weapon case.

Gomez is 5 feet 9 inches tall and weighs about 185 pounds.  He has brown hair, brown eyes and a scar on the eyebrow over his right eye.

It’s believed he is in the New Braunfels area.

Police warn that Gomez has a violent criminal history so do not approach him.

A reward of up to $4,000 is offered for information leading to his arrest or grand jury indictment.