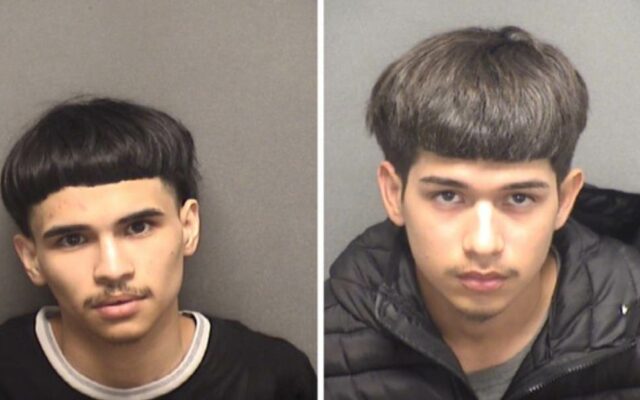 SAN ANTONIO (KTSA News) — Five teenagers who led police on a high speed chase along IH-35 over the weekend have been arrested.

The New Braunfels Police Department is reporting that the chase began just after midnight Sunday in the Southbound lane near South Kowald. Officers tried to stop a Hyundai Elantra that had been reported stolen.

But the driver sped up, turning off 35 and getting on Highway 46. As the driver made his way towards Seguin, someone tossed a handgun out of the car. Police later located the gun, which turned out to be stolen.

Other law enforcement agencies got involved in the chase as it continued onto IH-10, then back onto IH-35 in downtown San Antonio. That’s where a New Braunfels Police Officer crashed into the stolen car as it attempted to make a turn.

When the vehicle stopped, five people jumped out and ran from the scene.

Officers were able to round up three of them within a few minutes and eventually located the remaining two hiding in a dumpster.

During questioning, the teens admitted that they were in New Braunfels to commit vehicle burglaries.

They were both charged with evading arrest while Ortega was also charged with unauthorized use of a motor vehicle.

The other three teens, a 13 year old and two 16 year olds, were taken to juvenile detention centers in Guadalupe County. They’ve been charged with Theft of Property and Evading Arrest on Foot.

New Braunfels Police say more charges could be filed against the teens, pending the outcome of the investigation.