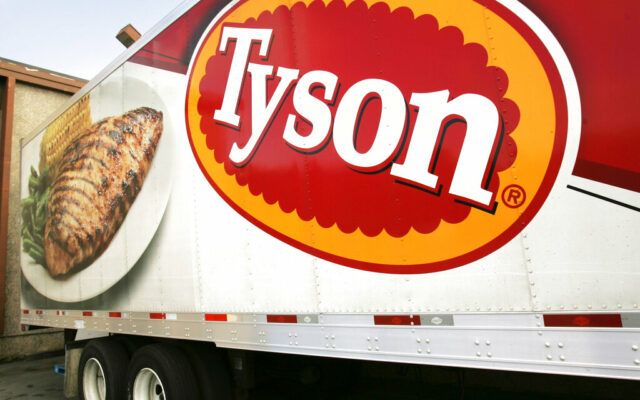 SAN ANTONIO (KTSA News) — The Tyson Foods poultry production facility in Seguin will be getting an expansion to the tune of $58 million in an effort to meeting increasing food demand.

“Since 1989, Tyson has helped to create excellent employment opportunities for our residents, has served as a great community partner, and has helped to grow Seguin’s economic base,” Seguin Mayor Donna Dodgen said. “We are very excited by this announcement and look forward to continuing our long and mutually beneficial relationship.”

The expansion project will add 40,00 sq. ft to the more than 108,000 sq ft. facility in addition to the installation of new, state-of-the-art machinery and equipment.

According to city officials, the Tyson Foods poultry production plant employs approximately 550 people and paid more than $38 million in wages in the last fiscal year. That total includes more than $16 million paid to poultry farmers.

“Tyson Foods is an exemplary corporate citizen, continuously contributing to the betterment of  our community,” Seguin City Manager Steve Parker said. “We are very excited about this expansion project and are proud that they  have chosen to grow their footprint within the City of Seguin.”

The country has not been immune to supply chain issues plaguing the entire globe and a lack of processed meat like poultry have been reported since the first few months of year. KFC stopped advertising chicken tenders in television commercials last month because of the reported shortage.

KFC President Kevin Hochman said that off-the-bone chicken has been hard to find because it requires additional processing and is more labor-intensive.

“We’re excited about the expansion project at Seguin which is part of our commitment to meet increasing customer and consumer demand for Tyson chicken, while delivering on our strategy of accelerating long-term growth,” said David Bray, Group President of Poultry for Tyson Foods.