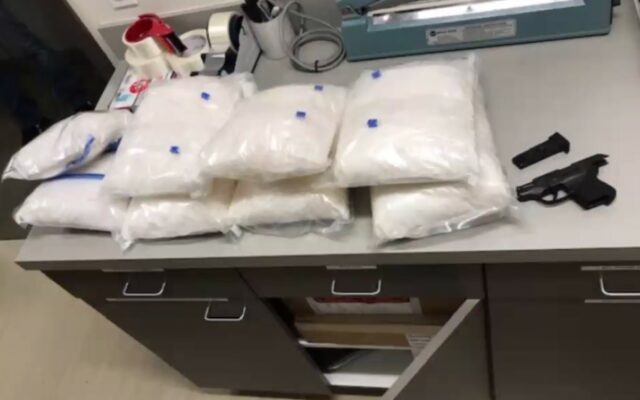 Photos courtesy of the Bexar County Sheriff's Office / 18 kilos of meth was seized on July 1.

The trio opened the trunk of a car and revealed 18 kilos of meth, Salazar said, and were arrested when they returned to their hotel room.

All three were arrested and charged with federal conspiracy to possess with intent to distribute more than five grams of meth, which carries a penalty of up to life in prison.