A larger type of cicada that likes to scream has emerged 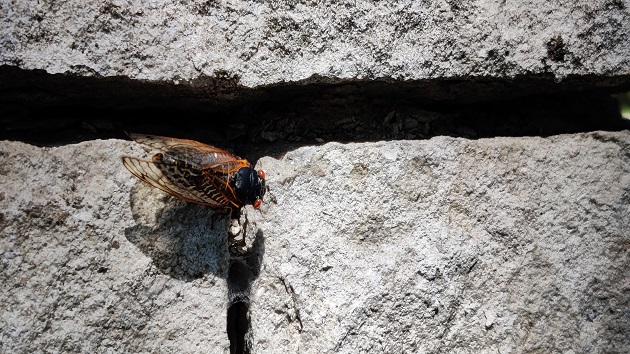 ▶ Watch Video: Cicada invasion takes over neighborhoods, as insects move into trees and onto plates

Billions of Brood X cicadas temporarily emerged this summer after being underground for 17 years. They were only around for a few weeks — but now, a new and larger type of cicada has arrived to take their place.

Officials at Maryland’s Catoctin Mountain Park, a unit of the National Park Service, said the insects are called dog-day cicadas since they come out “during those hot dog days of summer.” The insect has bright green, see-through wings and large eyes, and it takes two to three years for this particular type of cicada to develop and emerge from underground. But unlike Brood X, the population makes an appearance every year.

Dog-day cicadas also have a predator on the hunt for them, the cicada killer wasp. According to Ohio State University, the wasp does not feed on periodical cicadas, such as Brood X, and can soon be seen looking through woodlands for their “exclusive prey.” These wasps are one of the largest found in Ohio, measuring up to 1 5/8 inches in length. While they are large and appear concerning, Ohio University researchers say they are not dangerous and they rarely sting.

This species of cicada appears in various states. Twitter users have posted about seeing them in New Hampshire, Maryland and Ohio, and the U.S. Fish and Wildlife Service said they can be found from the Dakotas and Oklahoma to Maine and South Carolina.

In NH I often see Dog-Day #Cicadas (Neotibicen canicularis) like this one, thought to have on average a 3-year life cycle. Brood X of the 17-Year (!!!) (Periodical) Cicadas will emerge this summer – I hope I'll be able to take a short road trip to see them! #InvertOfTheWeek pic.twitter.com/KiqJqEINp8

The University of Arkansas’ Arthropod Museum says they usually emerge in July.

According to Texas A&M University, adults can get up to more than an inch long and half an inch wide. Summer is when they, very audibly, begin their mating process. Male cicadas will rest on tree trunks and branches and “sing” to get the female cicadas attention, according to the university.