A nervous calm takes hold in the Taliban’s Afghanistan 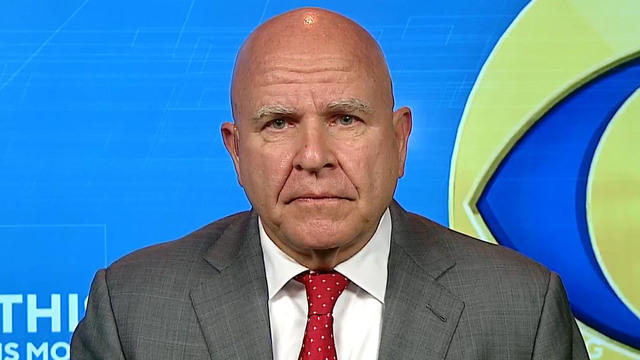 Afghanistan was calmer on Tuesday after chaotic scenes played out the day before at the country’s main airport, but fear was still widespread as Afghans and the world waited to see what kind of country the Taliban intend to run after storming back to power.

A senior Taliban official announced a nationwide amnesty on Monday and called for women to join the new government. Earlier the group vowed not only to leave diplomats and aid workers alone, but to ensure them a safe work environment. Senior spokesmen have also said that female medics will be allowed to continue their work, and that girls can remain in school.

If they stick to their latest public pledges, it will mark a significant divergence from their previous reign, which was ended abruptly by the U.S.-led invasion in 2001.

The Taliban rulers of the 1990s, who allowed Osama bin Laden’s terror network to operate freely on Afghan soil and plot the September 11 attacks, led their own reign of terror against Afghan civilians. They didn’t allow women to work or girls to go to school. Women couldn’t even leave their homes without a male relative. Recreational sports and music were banned.

This time, the world is watching, and the Taliban clearly know it.

One their second day in power, a female Afghan television journalist was back on the air, reporting live from the capital and interviewing a Taliban official. Another video showed Taliban fighters watching calmly as a volleyball game played out in a city park.

But the Islamic fundamentalist group has made patience one of its most valuable weapons. It waited out the U.S.-led war, biding its time until the interest of America and its allies waned sufficiently for them to stride, unchallenged in many places, straight back into power.

Many Afghans now fear that when the intense spotlight on their country dims again, the Taliban will revert to its old ways.

On Tuesday, however, a nervous calm had been ushered in under the new regime.

The U.S. military still had control over Hamid Karzai International Airport, which was open again, but only for military flights. The U.S. charge d’affaires in the country, Ross Wilson, said he was staying in Kabul to continue helping evacuate American citizens and “vulnerable” Afghans.

A U.S. official told CBS News on Monday that about 1,000 people still needed to be flown out urgently, including a “significant number” of Americans.

One of the lucky Afghan civilians who managed to cram himself onto a U.S. military transport plane on Monday shared video with CBS News showing just how packed the aircraft was with his countrymen and women, desperate and grateful to be airlifted out of Kabul.

It wasn’t the first such flight. A widely-shared image from inside a U.S. Air Force C-17 that left Kabul for Qatar on Sunday shows more than 600 Afghans seated on the floor of the cavernous aircraft.

According to the Defense One military news website, that evacuation flight to Qatar almost hit the record for the most people ever carried by that type Boeing aircraft.

Those onboard the planes left behind them scenes of desperation. Others trying to flee the Taliban on Monday clung to a U.S. military aircraft as it took off. At least four fell to their deaths, and human remains were found in the wheel well after the plane landed, U.S. officials confirmed.

“None of us believe them”

CBS News met one man in hiding from the Taliban due to his previous work. Ahmad — who didn’t want to be identified for fear of reprisal — described watching his fellow Afghans run alongside and cling to the U.S. evacuation flight as “gut wrenching.”

“It’s scary, it gives you the feeling of abandonment,” he said of the situation in his country. “Every friend I’ve known is locked in their homes… we’re waiting for them [Taliban] to come. In fear they will come soon. If they take us, the eminent is death.”

A senior aide to a high-ranking official with the now-former Afghan government is also living in fear. He said that since the Taliban captured Kabul on Sunday, they’d kidnapped two of his colleagues. That flies in the face of the extremist group’s promise on Monday of a blanket “amnesty” for all Afghans.

There were also reports of Afghan female journalists being harassed by Taliban officials since Sunday. A journalism advocacy group said two women’s homes were entered, again challenging the veracity of the Taliban’s vows to let people go about their work.

Ahmad told CBS News that while President Biden promised on Monday to help to evacuate Afghans who worked for the U.S., the administration was ignoring tens of thousands of others here who helped America.

“The Afghan people helped them fight terrorism, al Qaeda,” he said. “You don’t leave an ally.”

As for the Taliban’s promises to live and let live, Ahmad wasn’t buying it.

“None of us believe them,” he said. “We don’t believe any word they say.”