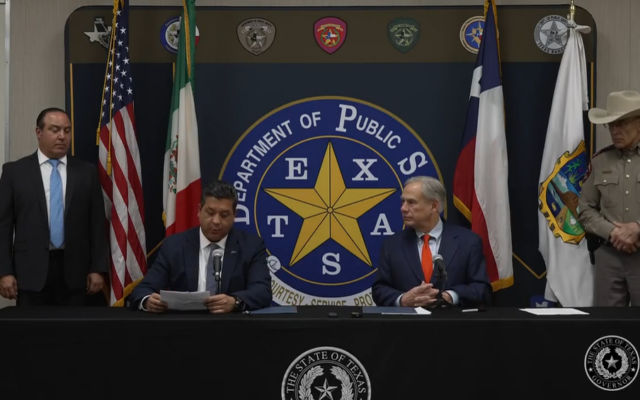 Abbott and Cabeza de Vaca said the agreement will have Tamaulipas double the truck inspections it does on its side of the border.

The Texas governor said the agreement means the Texas Department of Public Safety inspections will return to their random checks.  However, Abbott said if the amount of illegal immigration does not decrease under this agreement, 100 percent inspections of incoming trucks will return at specific points of entry.

The Texas governor said the ripple effects of these total, complete inspections will put pressure on both United States President Joe Biden and Mexican President Andres Manuel Lopez Obrador to address the problem, adding that there will be more pressure on the Mexican leader to address human smuggling due to the heavier economic impact it will have south of the border.

Cabeza de Vaca said security is a high priority for Tamaulipas and it has been his goal to crack down on organized crime and human smuggling into the United States.

“We don’t want organized crime in my state any more than you do,” Cabeza de Vaca stated.

Abbott said no drugs or human smuggling was found during the total inspection period, however he did note that several vehicles entering Texas were deemed to be unsafe for the roads.  The governor said the lack of trafficking discoveries is not a surprise as cartels would not send contraband across the border if they knew it would be found.

“Just about a day and a half — two days later — the cartel went in there and they burned multiple vehicles.  And they also started shooting around that area,” Texas Department of Public Safety Major Gonzalez said during the news conference.  “The truckers who were striking were scare and that’s when that strike finally ended.”

Cabeza de Vaca said it was investigating the shooting to find the people who attacked the truckers.

Along with Tamaulipas, Abbott this week made similar agreements with Nuevo Leon, Coahuila, and Chihuahua.