Abbott: “You’re going to be able to get a haircut” and more in Texas in early May 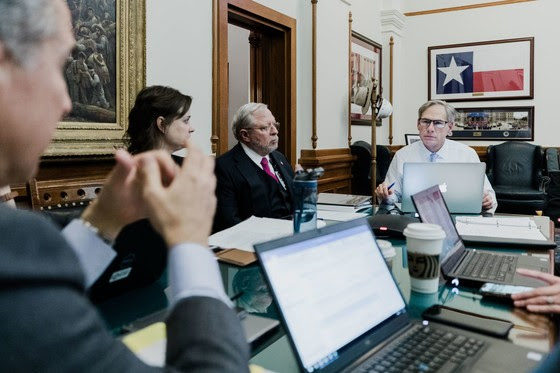 Abbott told WBAP in Dallas Wednesday that an announcement will be coming either Friday or next Monday setting a date to get businesses reopened.  The reopening will be allowed a week after that announcement.

The state is currently looking over the best ways to get businesses back open while ensuring people are staying safe and preventing unnecessary spread of COVID-19.

“We want to make sure that Texas retains it’s position that’s been true ever since I’ve been governor, of being the best state in America for doing business,” Abbott told Lubbock radio station KFYO. “And we want to do so in a way that, we will open up as many businesses as possible, while also making sure that we do it in a safe way that doesn’t lead to a retrenchment.”

“Once we have an immunization we will be fully back to normal but an immunization will not be in existence when the next school year begins,” Abbott told the Dallas radio station. “There will however be medicines you can take that will basically cure people who have COVID-19.”

The governor did not give as clear of a forecast on when sporting events could restart play.  He noted there is a strong desire to get going again, but it would likely need to be done without spectators.

Texas Motor Speedway and the governor earlier in the week said they are working on a plan to get NASCAR races going again at the venue, along with other facilities in Florida and North Carolina.