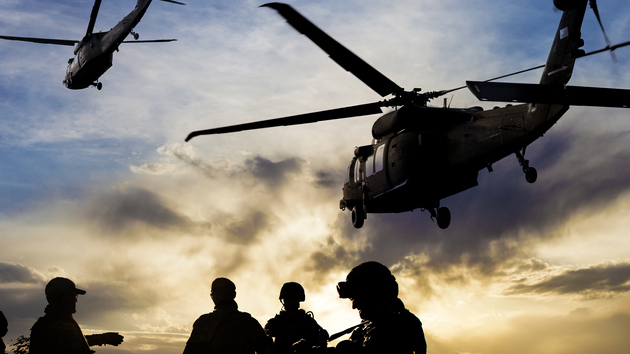 (KABUL, Afghanistan) — Watching the news about Afghanistan has become heart-breaking for ex-refugee and now-U.S. citizen Shabnam, who could only give her first name for the security of her family in Afghanistan.

She told ABC News that her siblings and extended family, like many Afghan citizens, are planning their escape out of the country. She said she’s losing her voice spending days on the phone with her family back home.

“People are just hopeless and helpless,” Shabnam, who left Afghanistan in 2011 after a Taliban attack forced her to flee the country, said.

The once-ousted militant group has taken over control over the Afghan capital and other major cities after the withdrawal of U.S. forces from the country. Many citizens fear what could come of their country and their livelihood in the Middle Eastern nation.

Now, many in the U.S. said they are left scrambling for ways to help their families back home.

“These two days back-to-back, I received calls from home and everybody thinks that I have a superpower that I can help them and bring them, but I don’t. I can’t do anything for them,” Shabnam said.

Women in the country fear that the Taliban will revert to oppressive tactics they used when they ruled in the 1990s, Shabnam said, like keeping women in the home, out of work and out of schools.

“It was a nightmare for me,” Shabnam said of the 90s in Afghanistan. The Taliban has claimed it will guarantee women’s rights under a new regime, but Shabnam and many others do not believe it. “They claim they are changing, but I know they are not. They are just waiting for the U.S. troops to get out of the country.”

Many also fear that the Taliban will retaliate against people with connections to America, who have worked with the U.S. or Afghan government, or who have criticized the Taliban, according to Krish Vignarajah, the president and CEO of the Lutheran Immigration and Refugee Service in Maryland.

Deena, who will also only be named for the security of her family back in Afghanistan, said she feels helpless. She is a first-generation American whose parents fled Afghanistan after the Soviet Union invaded in 1979, and she said she yearns for ways to help her family trapped in Kabul looking for a way out.

In the videos of Afghan citizens racing to get on airplanes and escape the growing Taliban presence in Kabul, she pictures her own family.

“People have lived through the Taliban regime before and people would rather hang on to airplanes and fall to their deaths than stay,” Deena said. “Everyone’s scared. They don’t know what to expect. They haven’t been going to work. Everything has been shut down. They have children and they’re worried.”

Deena is one of 150,000 people with Afghan heritage in America, according to the U.S. Census Bureau. In the last 20 years, backed by Western forces, she and her family say they have seen the Afghan government progress and modernize.

“They were pursuing their dreams, they’re becoming doctors and lawyers and artists,” Deena said. “Everything is just going to be taken away from them, all of their hard work and their efforts.”

They fear the Taliban takeover will turn back the clock on this — sparking violence, restrictions and oppression.

“My uncle, the last time I spoke to him, was like, ‘We’re leaving the house. We’re not going to be staying here. We don’t have power right now. We’re safe, pray for us,’” Deena said. “They don’t want history to repeat itself and unfortunately, everyone’s given up on them.”

Vignarajah said her organization has been flooded with incoming messages pleading for help.

Many have been left with the tough decision between staying in their homes or venturing out into the Taliban-controlled streets on the way to the airport. Some face death threats, she said, and retribution from militant groups.

The process for refugee resettlement can be lengthy, Vignarajah said, taking up to months or years to get through the bureaucratic red tape.

“We’re deeply concerned, knowing for those left behind, they face death threats and retribution from the Taliban,” Vignarajah said.

To help, many Afghan Americans and refugees with family back home say raising awareness, call legislators and representatives and volunteer for organizations that help refugees.

“Our hands are tied,” Deena said. “Being someone in the United States who’s in this position and seeing what’s happening over there and hearing the voices of my family members and how scared they are and how devastated they are — It’s a really difficult position to be in.”