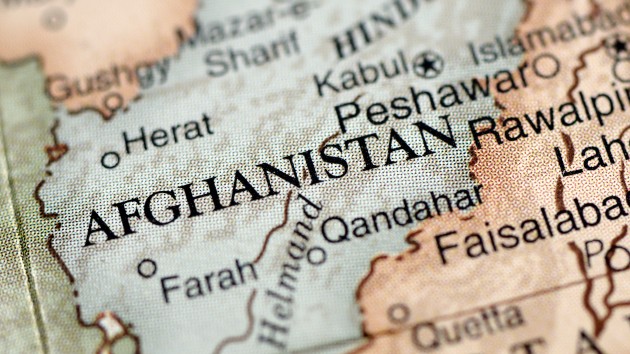 (WASHINGTON) — Hundreds of Afghan troops fled across the country’s northern border to safety, as the Taliban continue a swift offensive to seize districts amid the U.S. military withdrawal.

The rapidly deteriorating security situation has alarmed U.S. officials in Washington, D.C. and Kabul, Afghanistan’s capital, where the government of President Ashraf Ghani is trying to project calm and regroup its forces.

But the Taliban, the militant group that has been at war with the U.S. and Afghan government since the 2001 American invasion, is gaining more territory by the day, ignoring calls for a ceasefire or resumed negotiations.

President Joe Biden has also shown no second thoughts about his decision to withdraw all 2,500 remaining U.S. forces, except for 650 troops that will stay to protect the U.S. embassy and, at least initially, Kabul’s international airport.

That withdrawal is now 90% complete, according to the Pentagon. But although most troops have left, the Department of Defense said the withdrawal won’t be finished until late August.

Amid the Taliban offensive, there’s growing concern about the safety of the U.S. embassy in Kabul, which said it has “well-developed security plans to safely protect our personnel and facilities,” but has “no plans to close.”

There’s also deep concern for the Afghan interpreters, guides and other contractors who worked for the U.S. and now say their lives are at risk from the Taliban. The Biden administration has said it will relocate a group of them out of Afghanistan, but it’s unclear how many, when and to where.

A U.S. official confirmed to ABC News on Friday that the group may be moved to Tajikistan, Uzbekistan and Kazakhstan — three of Afghanistan’s northern neighbors in Central Asia — but stressed that the planning was still early and no decisions had been made yet.

There are approximately 18,000 Afghans seeking a Special Immigrant Visa, which gives those who worked for the U.S. military or diplomatic mission in Afghanistan and Iraq the chance to move themselves and their families to the U.S. In recent years, the surge in interest and a years-long backlog has put these Afghans’ lives at risk, according to U.S. lawmakers and advocates, who have urged an evacuation to a safe location while their applications are processed.

A senior U.S. administration official declined to provide details on numbers or timing, but told ABC News on Thursday that they had “identified a group of SIV applicants … to be relocated to another location outside of Afghanistan before we complete our military drawdown by September.”

Before those plans get moving, however, more than 1,300 Afghan border police and soldiers crossed the border to Tajikistan to escape the Taliban in recent days, according to local Afghan security sources. The Taliban have seized dozens of districts since Biden’s withdrawal announcement in April and their offensive among northern provinces has resulted in hundreds of Afghan forces surrendering or being killed.

In the last six days, the Taliban have taken control of nearly 10% of Afghanistan’s districts, with nearly half of them now in Taliban control and another third contested between the militants and the government, according to the war monitor the Long War Journal.

Afghan national security adviser Hamdullah Mohib said Tuesday during a press conference that those Afghan forces that fled “are coming back and are once again going to be in the service of the people and in the defense of Faizabad,” the capital of Badakhshan province.

While some of those returns may begin, the rush of refugees across the border alarmed several governments in the region, who have feared a refugee crisis and regional upheaval as the U.S. exits and the Taliban seizes territory and possibly targets Kabul.

Tajikistan mobilized 20,000 military reservists to strengthen security on its southern border with Afghanistan, according to state media, while its president Emomali Rakhmon called both Ghani and Russian President Vladimir Putin to discuss the “alarming” situation. Russia pledged assistance, according to the Kremlin, including from its enormous and well-armed military base in Tajikistan.

Much of the Afghan-Tajik border is now controlled by the Taliban, which has been collecting revenue from cross-border commerce at their own mobile customs checkpoints on major highways, according to local Afghan security sources.

But despite the Taliban’s major gains on the battlefield, the Biden administration is still refusing to address the declining security situation.

Asked about a Taliban takeover, Pentagon spokesperson John Kirby said Tuesday, “That’s a big ‘if,’ that’s a hypothetical and I don’t think it’s helpful for anybody right now to engage in hypothesizing about what might happen months and years from now.”

Over at the State Department, spokesperson Ned Price told reporters, “I am not going to offer an assessment or any sort of feedback of our reaction from here.”

Price also declined to speak to what contingency plans are in place at the U.S. embassy, including shutting down the massive compound and evacuating its 1,400 U.S. staffers. Two former U.S. officials told ABC News that the embassy would be reviewing its emergency evacuation plans with a daily review based on ever-evolving intelligence assessments, especially as more U.S. forces leave Afghanistan and the embassy with a smaller reactionary force to come assist.

“The State Department, the Department of Defense — these are planning organizations. We’re always planning for any contingency,” Price said, declining to offer more details.

Despite growing Taliban control, Price added that it seemed the militant group “understands that only through diplomacy can they garner any sort of legitimacy, can they expect to be accepted by the international community.”

But talks between the Taliban and Afghan government delegations, which met for the first time last September, have yet to yield anything but an agenda. And while some meetings in Doha, Qatar, continue, the peace process is all but dead despite committed paper statements from both sides.

Pressed on that, Price said Tuesday, “Believe me, I’m not out here to offer false hope when it comes to what the Taliban may seek or what they’re up to now.”