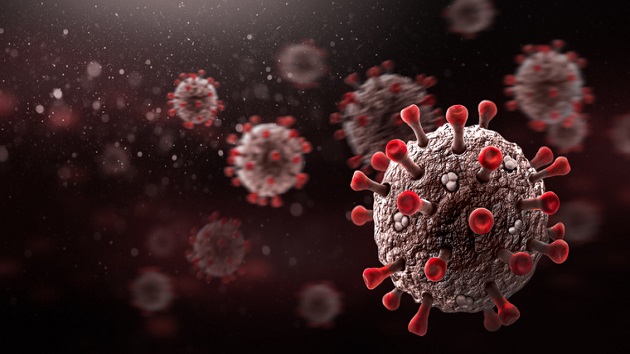 (WASHINGTON) — U.S. intelligence agencies remain “divided on the most likely origins of COVID-19,” after President Joe Biden’s 90-day push for his intel community to “redouble their efforts” to find a more definitive conclusion regarding the source of the virus.

In a declassified summary released late Friday afternoon, the agencies said that two hypotheses for the virus’ origin remain possible: either natural exposure to an infected animal, or an accidental lab leak.

Four elements of the U.S. intelligence community said with “low confidence” that COVID-19 was initially spread from an animal to a human, while one element assessed with “moderate confidence” that the first human infection was the result of a “laboratory-associated incident, probably involving experimentation, animal handling, or sampling by the Wuhan Institute of Virology,” and pointing to the “inherently risky nature of work on Coronaviruses.”

The agencies, however, generally agreed that the virus was most likely not developed as a biological weapon, and that China’s leaders did not know about the virus before the start of the global pandemic.

Barring new information, said the report, a more definitive explanation will not be possible without Beijing’s cooperation.

Biden, responding to the report, said that efforts to identify the cause of the virus will continue.

“While this review has concluded, our efforts to understand the origins of this pandemic will not rest,” Biden said. “We will do everything we can to trace the roots of this outbreak that has caused so much pain and death around the world, so that we can take every necessary precaution to prevent it from happening again.”

Referring to China, the president said, “Responsible nations do not shirk these kinds of responsibilities to the rest of the world. Pandemics do not respect international borders, and we all must better understand how COVID-19 came to be in order to prevent further pandemics.”

But international scientists tasked with studying the virus’ origins warned Wednesday that a crucial window is “closing fast”: the shrinking opportunity for any thorough scientific study to be completed. As time wears on, potential evidence wanes, and tracing back biologic breadcrumbs will yield diminishing returns, said more than ten of the authors of a World Health Organization-led report that is urging action to “fast-track the follow-up scientific work required” for better answers by the WHO.

Assessing the intelligence and raw data available this spring, it became apparent to Biden and his top officials that a large cache of information had yet to be fully analyzed, officials told ABC News — including potential evidence that could hold clues to the virus that has now claimed more than four million lives worldwide.

Consensus among top officials in the Biden administration has been that the pandemic originated in one of two ways: The virus emerged from human contact with an infected animal, or from a laboratory accident.

But with no “smoking gun” and limited access to raw data, discussion of the science has played out in a haze of circumstantial evidence.

Following Biden’s call for clarity in May, intelligence agencies have spent the last three months poring over an untapped trove of information, and have amassed classified records and communications, genomic fingerprints of the virus, and early signals as to where and when the virus may have flared up first.

Biden’s August deadline marks zero hour for the next phase of a larger international quest: to trace back the virus in order to hold the responsible parties to account, and to understand its inception in order to prevent the next one.

Any emerging answers, however, come amid a roiling geopolitical debate, as COVID-19’s origins have become a contentious wedge issue at home — while abroad, the Chinese government vehemently denies the virus could have come from one of its labs.

“What the U.S. cares about is not facts and truth, but how to consume and malign China,” Chinese Foreign Ministry Spokesperson Zhao Lijian said Wednesday ahead of the U.S. report, claiming that China had welcomed collaborative research which “laid the foundation for the next-phase global origins tracing work.”

The Chinese government rejected the World Health Organization’s proposed audits of Wuhan’s labs in July, part of the UN agency’s recommended phase two study — saying they could not accept needless “repetitive research” when “clear conclusions” had already been reached.

But there have been no definitive conclusions as to where COVID-19 came from. The joint WHO-led team presented a range of options in their March report, calling a lab leak “extremely unlikely,” but offering pathways for further investigation. Team members have voiced frustration with the lack of cooperation from the Chinese government — echoed in international criticism that politics had stymied science.

Since then, the WHO has become increasingly receptive to the possibility that the virus resulted from a lab leak. In July, WHO Director-General Tedros Adhanom Ghebreyesus acknowledged that ruling out a lab leak theory was “premature” and recommended audits of the Wuhan labs in further studies. China’s subsequent rebuff left the WHO to proceed without them.

White House National Security Adviser Jake Sullivan has underscored that the U.S. will continue the “diplomatic spadework” of rallying support for the WHO-led study — while warning that the administration will not accept Beijing’s stonewalling.

“Either they will allow, in a responsible way, investigators in to do the real work of figuring out where [COVID-19] came from, or they will face isolation in the international community,” Sullivan told Fox News in June.

A group of bipartisan lawmakers urged Biden not to let this month’s deadline hamstring a thorough investigation.

“If the 90-day effort you have announced does not yield conclusions in which the United States has a high degree of confidence, we urge you to direct the intelligence community to continue prioritizing this inquiry until such conclusions are possible,” Sens. Mark Warner (D-Virginia) and Marco Rubio (R-Fla.) of the Senate Intelligence Committee and Jim Risch (R-Idaho) and Bob Menendez (D-N.J.) of the Senate Foreign Relations Committee wrote in a late July letter to the president.

Asked about the report’s release, White House Press Secretary Jen Psaki said it would take “several days” for an unclassified and collated version to come together, but that agencies were working “expeditiously to prepare that.”

With no definitive proof of the virus’ origin, scientists and policymakers alike have been left to speculate. Some of the first COVID-19 clusters occurred around Wuhan’s wet markets, where exotic wild fare was sold in close quarters, offering ample opportunity for the virus to jump from animals to humans, as in past epidemics.

No direct animal host for COVID-19 has been identified, and if there is one, it could take years to find, experts say. While environmental samples from the Wuhan markets tested positive, animal samples that were tested did not. Transmission earlier on and within the wider community would suggest the market was not the original source of the pandemic, experts say.

In late summer and early autumn of 2019, satellite imagery shared exclusively with ABC showed dramatic spikes in auto traffic around major Wuhan hospitals — suggesting the virus may have been spreading long before the world was alerted. U.S. intelligence officials had already been warning that a contagion was sweeping through the region as far back as late November 2019, changing patterns of life and business and posing a threat to the populations, according to sources briefed on the matter.

Proponents of the lab-leak theory point to gain-of-function research conducted at the Wuhan Institute of Virology, a controversial study that amplifies a virus’ potency to understand how to neutralize it better. They also point to concerns over biosafety at the WIV’s facilities, where researchers had worked with bat coronavirus samples 96% similar to SARS-CoV-2 — as well as workers at the lab who were hospitalized with “symptoms consistent with both COVID-19 and common seasonal illnesses” in November 2019.

Advocates of zoonotic origin, however, emphasize that the 4% discrepancy means a world of genetic difference — and WIV lead researcher Shi Zhengli insists that she tested all her workers for COVID-19 antibodies, and all tests came back negative.

Despite pressure to approach the “high degree of confidence” desired by the public and requested in the lawmakers’ July letter, such certainty remains elusive — something presaged by Director of National Intelligence Avril Haines in an interview with Yahoo News earlier this summer.

“We’re hoping to find a smoking gun,” Haines said. “It’s challenging to do that.”