After Roe ruling, is ‘stare decisis’ dead? How the Supreme Court’s view of precedent is evolving 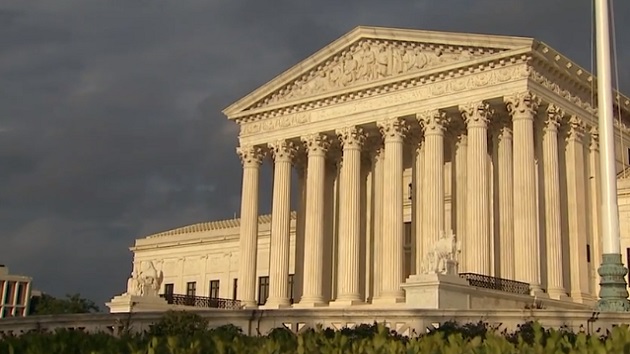 (WASHINGTON) — In thousands of rulings over its storied history, the U.S. Supreme Court has broken with stare decisis, the doctrine of respecting prior decisions, just 145 times in cases requiring interpretation of the Constitution.

The overturning of Roe v. Wade, the landmark 1973 ruling that extended constitutional protection for abortion, marks one of the few times it has clawed back a right enjoyed by millions of Americans for decades.

“The court has never ever overturned a prior case extending a constitutional right,” said Cardozo Law professor Kate Shaw, an ABC News legal analyst. At the same time, other scholars say, it would be restoring the right of people to govern themselves through elected policymakers.

The decision in Dobbs v. Jackson Women’s Health — allowing states to ban abortion — has put renewed focus on when and how the high court decides to reverse itself, and what some scholars say is a distinct shift in approach over the last 50 years.

“In most matters, it is more important that the applicable rule of law be settled than that it be settled right,” wrote Justice Louis Brandeis in 1932, famously summarizing the court’s approach to precedent at the time.

Justice Samuel Alito made clear the current majority has a different view: “When it comes to the interpretation of the Constitution,” Alito wrote in Dobbs, “we place a high value on having the matter ‘settled right.’”

The perceived “rightness” of a settled case has taken on new salience with the current Supreme Court, where five conservative justices — three appointed in the last five years — have signaled growing openness to revisit old “wrongs.”

“There is evidence that a weaker version of stare decisis — the presumption that the Supreme Court generally should not overrule its prior decisions — is in vogue on the court,” wrote University of Akron Law School professor Michael Gentithes in a 2020 law review analysis.

Gentithes says the high-water mark for the power of stare decisis was in the 1992 decision in Planned Parenthood v. Casey, when a conservative majority of justices reaffirmed the core holding of Roe even though a plurality considered it flawed.

“Then, as now, there were a bunch of new justices on the court who seemed quite skeptical of the soundness of Roe,” said Shaw. “And many people were very surprised to see the final outcome from a three justice majority of Republican appointees.”

Since then, as the court’s membership has changed, “poor reasoning” in a prior decision has become “ever-present justification” to attempt to overturn it, Gentithes’ analysis found.

Notably, it was Justice Alito who enshrined the court’s current approach to precedent in his 2018 opinion Janus v. AFSCME.

Laying out five factors he says justices should weigh in reversing a precedent, Alito put the quality of its reasoning as the paramount consideration — a standard that several of his justice peers have publicly embraced.

“I think a lot of people lack courage. They know what is right, and they’re scared to death of doing it. And then they come up with all these excuses for not doing it,” Justice Clarence Thomas, who joined Alito’s opinion in Janus, said last month about overturning cases he believes to be fundamentally wrong.

Two years later, Justice Brett Kavanaugh in a concurring opinion in Ramos v. Louisiana, put his spin on the approach, saying the precedent must be “grievously or egregiously” wrong to warrant overturning. But even then, he noted, justices should keep an eye on the reliance interests in a prior decision and a need to “maintain stability in the law.”

“When one of our constitutional decisions goes astray, the country is usually stuck with the bad decision unless we correct our own mistake,” Alito explained.

Error correction has always been a factor in the Supreme Court’s rationale for overturning precedent, especially in matters of constitutional interpretation, which cannot easily be addressed by Congress.

While lawmakers could have attempted to amend the constitution to obliterate the Supreme Court’s racist “separate but equal” doctrine legitimized in the 1896 Plessy v. Ferguson decision, it was the justices’ unanimous 1954 ruling to overturn Plessy in Brown v. Board of Education that set it right.

“I think the Plessy example is very persuasive, not that Roe should be overturned but that we don’t want a stare decisis doctrine written in stone — or even setting cement,” said Sarah Isgur, a former Justice Department lawyer and ABC News legal analyst.

Justice Brandeis, a revered liberal icon of the court, acknowledged as much in his 1932 writing on stare decisis, noting that “lessons of experience and the force of better reasoning” may necessitate corrections.

But critics say contemporary emphasis on a prior decision’s reasoning — and its rightness or wrongness — may be undermining stare decisis and the credibility of the court.

“A court that changes its mind every time there is a new justice or different set of facts undermines the very concept of the rule of law and creates uncertainty for citizens, businesses and elected officials trying to go about their lives while following the laws of the land,” said Isgur.

Many legal scholars say overturning Roe also threatens precedents involving rights other than abortion not explicitly enumerated in the Constitution, such as marriage.

“If the court is willing to overrule Roe v. Wade, after we just had confirmation hearings of justices come in and say it’s precedent upon precedent, it’s a ‘super precedent,’ it’s foundational,” said Rachel Barkow, vice-dean of New York University Law School, “what the public sees is that no precedent is safe, that stare decisis is meaningless to them and that anything is up for grabs.”

Alito attempts to head off the criticism in his decision, writing “nothing in this opinion should be understood to cast doubt on precedents that do not concern abortion.”

“Everybody thinks that stare decisis is the idea that precedent counts for something, but it’s not absolute,” said University of Notre Dame law professor Sherif Girgis, a former clerk to Justice Alito. “It gets respect because it’s a precedent, but there’s always the possibility that it can be overturned if a bunch of other criteria are satisfied.”