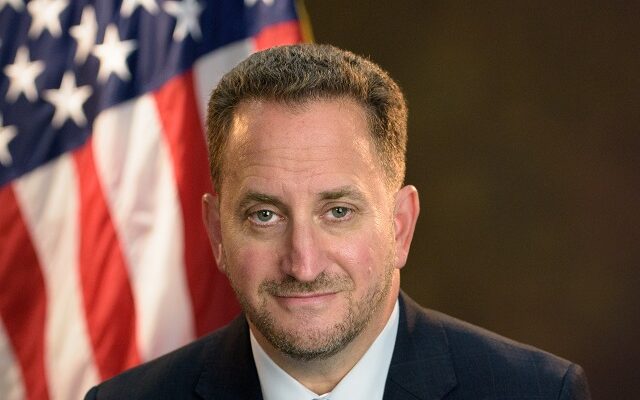 SAN ANTONIO (KTSA News) –  A new U.S. Attorney for the Western District of Texas has taken over the reins.  Gregg Sofer, who was appointed by U.S. Attorney General William Barr, was sworn in Tuesday at the federal courthouse in San Antonio.

Prior  to his appointment, Sofer served as Counselor to the Attorney General of the United States where he handled criminal and national security matters as well as crisis response. He also served  for 12 years in the Austin Division of the U.S. Attorney’s Office for the Western District of Texas., handling national security, fraud, violent crime, and
corruption cases.

“In my 29 years of public service, I have
worked to seek justice for crime victims and bring accountability to those who place their interests over those of society,” said Sofer. “It is an honor and a privilege to continue this mission alongside the Assistant U.S. Attorneys, support personnel, law enforcement officers, judges, and court staff that make this district so great.”

As U.S. Attorney, Mr. Sofer is the chief federal law enforcement officer in the Western District of Texas, responsible for prosecuting violations of federal law and representing the federal government in civil litigation where the United States is a party.

The Western District of Texas spans approximately 93,000 square miles, and the U.S. Attorney’s Office
employs more than 300 people. The headquarters are in San Antonio.

From 2003 to 2007, Sofer  was a trial attorney in the National Security Division at Main Justice where he led the investigation and prosecution of international terrorism cases. He also served as the Director of the Office of Justice for Victims of Overseas Terrorism and Director of the National Gang Targeting Enforcement and Coordination.

Before  going to Main Justice, he served for 12 years in the Austin Division of the U.S. Attorney’s Office for the Western District of Texas.  His notable prosecutions include that of an individual who was planning to fight for ISIS overseas; a defendant who built a bomb intending to kill soldiers at Ft. Hood; the former Jarrell Police Chief who was involved in a bribery scheme where he fraudulently provided illegal aliens with immigration benefits; and a money laundering conspiracy involving the owner of several Austin nightclubs.