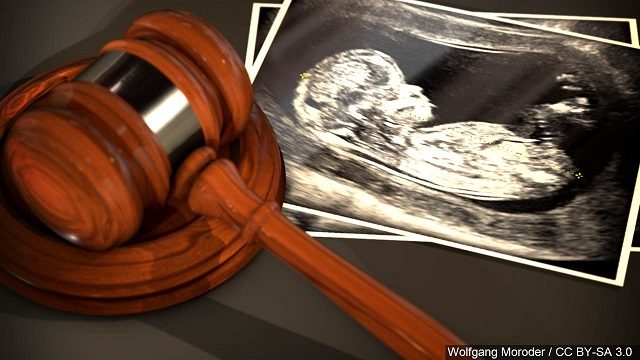 MONTGOMERY, Ala. (AP) — Alabama is the latest Republican-leaning state seeking to enact a strict abortion ban as conservatives take aim at the 1973 U.S. Supreme Court decision that legalized abortion.

Alabama lawmakers introduced legislation Tuesday that would make performing an abortion at any stage of pregnancy a felony unless the mother’s health is in jeopardy. That comes after Kentucky and Mississippi approved bans on abortion once a fetal heartbeat is detected, which happens as soon as the sixth week of pregnancy. Other states, including Georgia and South Carolina, could enact similar bans.

The Alabama bill goes even further: It would ban all abortions and include exemptions for the health of the mother, but not for rape and incest.

“It simply criminalizes abortion,” said bill sponsor Rep. Terri Collins, a Republican from Decatur, Alabama, said of the Alabama bill. “Hopefully, it takes it all the way to the Supreme Court to overturn (Roe versus Wade.)”

The text of the Alabama bill likened legalized abortion to history’s greatest atrocities, including the Holocaust. The bill has more than 60 co-sponsors in the 105-member Alabama House of Representatives.

Staci Fox, president and CEO of Planned Parenthood Southeast, called the Alabama legislation a “death sentence for women across this state.”

“Beyond that, these bans are blatantly unconstitutional and lawmakers know it — they just don’t care. Alabamians are just pawns in this political game to challenge access to safe, legal abortion nationally,” Fox said.

Georgia’s governor is considering whether to sign a law banning abortion once a fetal heartbeat is detected. More than 50 Hollywood actors, including Alyssa Milano, Alec Baldwin and Amy Schumer sent a letter threatening to pull business out of Georgia — a hub for television and movie production— if the ban is enacted.

A South Carolina House subcommittee passed a bill Tuesday that would ban almost all abortions if a fetal heartbeat is detected.

Opponents argued the bills are ultimately futile and losing court battles will leave the states with hefty legal bills.

“Here’s the problem: This bill is unconstitutional,” Vicki Ringer, director of Public Affairs Planned Parenthood South Atlantic, said during subcommittee debate of the South Carolina bill. “You believe that (Justice Neil) Gorsuch and (Justice Brett) Kavanaugh will save you on the Supreme Court. That court has already blocked an abortion bill.”

Asked about proposing something clearly in conflict with current Supreme Court decisions, Collins, who previously sponsored heartbeat legislation in Alabama, said the “whole point is to get the courts to relook at this issue.”

“I think people are seeing a possibility that the Supreme Court might have a more conservative leaning balance,” Collins said.