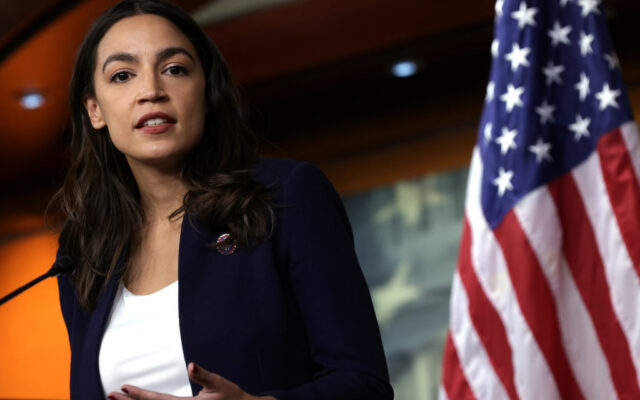 Ocasio-Cortez will be at the Paper Tiger in San Antonio the afternoon of February 12th to campaign for Laredo immigration lawyer Jessica Cisneros — who is challenging Henry Cuellar in TX-28, a district that stretches from Laredo to southeastern San Antonio, Live Oak, Universal City, Cibolo and Schertz — and former Austin city councilman Greg Casar — who is competing against former San Antonio city councilwoman Rebecca Viagran, among others, in TX-35, which connects downtown San Antonio with eastern Austin and includes a large portion of Converse and areas around Windcrest.

“We are 10 days away from voting in Texas, and the stakes couldn’t be higher. We have the opportunity to vote for change, and Congresswoman Alexandria Ocasio-Cortez is ready to work alongside us to finally bring true representation to South Texas families,” said  Cisneros. “Together, we’ll fight for representation that will champion the interests of South Texans by investing in us through Medicare for All, good-paying union jobs, and our reproductive freedom.”

“Texas working families need a representative who will show up and fight for them—someone who will work to pass Medicare for All, stand up to corporate special interests, protect reproductive rights, and fix our grid,” said Casar. “We’re ready to rally San Antonio voters with Rep. Ocasio-Cortez, who boldly fights for working families every single day. I look forward to working with her to deliver for TX-35 residents.”

The 2022 congressional primaries in Texas are March 1st.