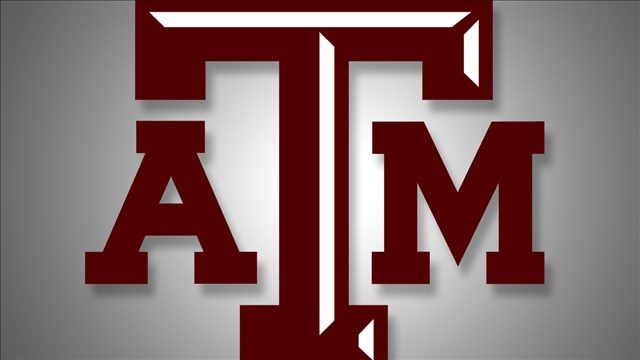 By MARK LONG, AP Sports Writer
GAINESVILLE, Fla. (AP) — With the shot clock winding down and the lead dwindling, KeVaughn Allen took his longest 3-pointer of the night.
And he banked it in, a big shot that gave Florida a seven-point lead with 2:59 to play and left Allen with a huge grin as he backpedaled toward midcourt.
It was that kind of night for Allen and the Gators.
Allen scored 31 points, Noah Locke added a career-high 27 and Florida used a flurry of 3-pointers to overcome a 13-point deficit and beat Texas A&M 81-72 on Tuesday night.
The Gators made 18 of 37 from behind the arc, including 11 of 15 in the second half, and set an O’Connell Center record for made 3-pointers.
“I hope we hit 18 3s every night, but we’re not going to, so we better be on it defensively,” coach Mike White said. “We better find other ways to score.”
The Gators didn’t need to against A&M. Allen hit 8 of 10 from 3-point range, and Locke connected on 7 of 13. It was most combined 3-pointers for any two players in school history, topping the previous record of 13 set by Erving Walker and Kenny Boynton in 2012.
Florida (11-7, 3-3 Southeastern Conference) needed just about every one of them to rally against the Aggies (7-10, 1-5).
“I just want this team to win,” said Allen, who has been the team’s leading scorer in five straight games. “I’m just trying to take the next step as a leader, trying to lead by example.”
Texas A&M shot 55.2 percent from the field in the first half and made 7 of 11 from 3-point range, taking a 46-33 lead into the locker room and that was concerning for White.
“Beyond frustrated,” White said. “Mostly defensively.”
White clearly got his guys’ attention. The Gators clamped down on the defensive end after the break and got red shot from long range.
Allen and Locke kept getting open and kept making them. No other Florida player scored in double figures.
“We were down and we had to get back together,” Locke said. “I was trying to pick it up for the team. I should play on that edge all the time. … I was just shooting with confidence and everything was falling for me.”
Wendell Mitchell led the Aggies with 25 points, including 17 in the first half. Jay Jay Chandler added 15 points for the road team, which has dropped three straight.
“When you are making shots like they did tonight — 18 3s — it’s tough to beat anybody making that many shots,” Texas A&M coach Billy Kennedy said. “It’s not like we weren’t trying to guard them. They just kept making shots.”
Florida hadn’t had a 20-point scorer all season, but got two on the same night. White’s offense has been hit and miss — mostly miss — all season. But it looked unstoppable in the second half against the Aggies. The Gators shot 55 percent in the final 20 minutes.
“I thought our effort and attitude were much better tonight,” Kennedy said. “We made some shots in the first half. We tried to do too much in the second half.”
BIG PICTURE
Texas A&M, which scored 43 points in its last game, hadn’t scored 46 points in the first half of a game since the season opener against overmatched Savannah State in early November. But after consecutive lopsided losses at home, the Aggies looked like a motivated team eager to prove doubters wrong in Gainesville. It just didn’t last.
Florida started three freshmen for the second consecutive game. It’s the first time in 20 years the Gators have gone with three first-year players in the starting lineup. LaDarius Halton, Udonis Haslem and Mike Miller were the last trio to do so for Florida. Haslem and Miller helped carry the Gators to the national championship game the following year.
SHORT-HANDED GATORS
Florida played its first game without injured forward Keith Stone, who tore a ligament in his left knee at Georgia on Saturday. Coach Mike White also announced Monday that center Gorjok Gak (knee) would take a medical redshirt this season. Those losses, combined with forward Chase Johnson transferring midseason, leave Florida short-handed in the frontcourt.
UP NEXT
Texas A&M begins a three-game homestand against Kansas State in the Big 12/SEC Challenge on Saturday.
Florida also takes a break from league action and plays at TCU in the Challenge on Saturday.
___
More AP college basketball: https://apnews.com/Collegebasketball and https://twitter.com/AP_Top25