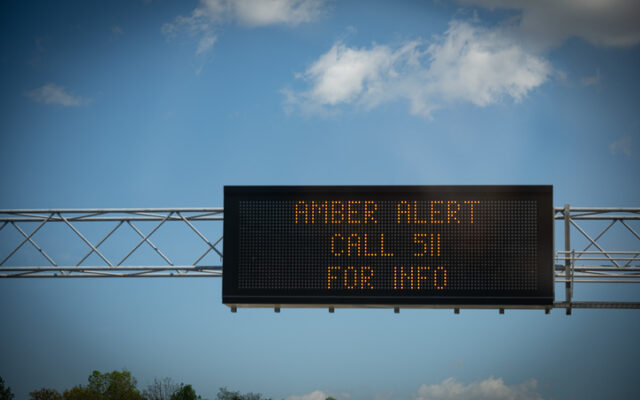 A digital sign above a busy highway alerts drivers to a current Amber Alert.

SAN ANTONIO (KTSA News) — It has now been two days since a 7-year-old girl in Wise County, northwest of Ft. Worth, was seen, and now an Amber Alert is issued.

“They picked up a short trail that just kind of circled around the house. Two different dog teams ran that track out, but still we did not find Athena.”

In addition to dog teams, around 150 volunteers also joined the search for Athena.

Athena Strand has blond hair and blue eyes and stands around 4 feet tall. She weighs 65 pounds.

While Athena does have pierced ears, she was not wearing earrings at the time of her disappearance. She has two red birthmarks on her lower back.

Athena was last seen wearing a gray long-sleeve shirt with white flowers, blue jeans with  white flowers on the pockets and brown boots.