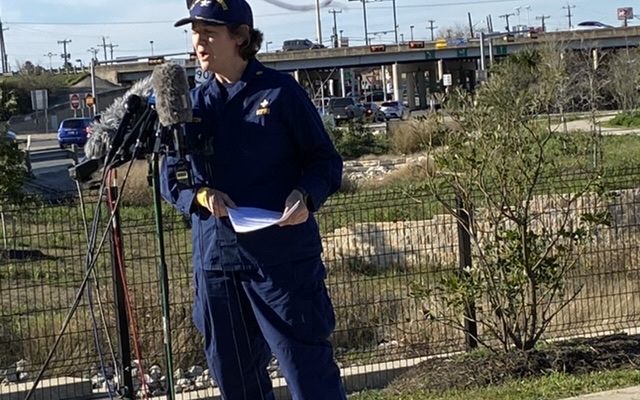 SAN ANTONIO- (KTSA News) – The Centers for Disease Control and Prevention was unable to provide an exact number of evacuees under quarantine at Joint Base San Antonio-Lackland, but we were told the number is less than 100.

The plane carrying Americans from Wuhan, China landed around 12:20 Friday afternoon, four hours later than expected. The private aircraft was delayed in taking off from Wuhan.

Captain Jennifer McQuiston with the CDC says all of the passengers, which included men, women, children and babies were medically evaluated and none exhibited symptoms possibly related to the deadly coronavirus. Some of the passengers on the plane  that landed at Lackland were flown to Omaha, Nebraska where they will be quarantined.

”We explained and provided documentation to them that CDC-under statutory authority of the Health and Human Services Secretary-has issued federal quarantine orders for all passengers,”

The quarantine will last 14 days from when the plane left Wuhan, which was 6 pm CDT Thursday. The evacuees are staying at a hotel at Lackland which is surrounded by federal marshals.

They will be medically evaluated twice a day and medical staff will be on hand 24 hours a day.
If any of the evacuees shows symptoms, which include coughing, respiratory problems or a fever of 104 degrees, they will be taken to an undisclosed hospital.

“The goal of our public health response is to detect cases quickly and prevent further spread of this new virus in the United States,” said McQuiston. “Because these people live or traveled  in Wuhan—the epicenter of this outbreak where there was intense and escalating community-wide spread of the novel virus, they are classified as being at higher risk of exposure to the virus.”

McQuiston says the immediate risk to our community is low.