Amid pandemic, ‘Me Too’ comes to Egypt 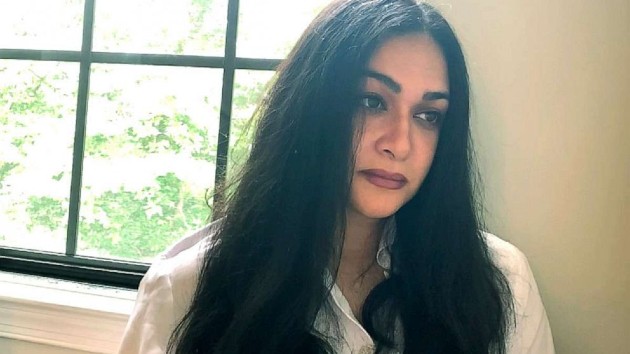 (NEW YORK) — It began after Sabah Khodir said she saw a woman’s social media post accusing a college student, Ahmed Bassam Zaki, of being a sexual predator and of blackmailing women.

Feeling frustrated after reading the allegations against Bassam Zaki, a student at the American University of Cairo, Khodir took action.

“I took a picture of him, and then I just picked the most luminous colors I could find. I just started circling his face, placing arrows [on it],” Khodir, a writer and activist based in Washington, D.C., said.

She also detailed the allegations of abuse by Bassam Zaki that she received from countless women with evidence like text messages and voice recordings.

Khodir posted the photo and allegations on social media in June 2020, and it went viral. Her post received attention from politicians, celebrities and even Egypt’s top religious scholars who condemned Zaki’s reported actions. In December, Zaki was sentenced to 11 years in prison for attempted rape against three women and drug possession.

The post also led to a network of women joining forces on social media calling out other men for sexual assault or harassment in Egypt — sparking the country’s very own Me Too movement in the middle of the pandemic.

A year later, women are continuing to help victims of assault in Egypt get justice.

A United Nations Women report found that 99% of Egyptian women experienced some form of sexual assault. Activists like Khodir say women have been hesitant to report their sexual assault or harassment because of fear they would be blamed or face backlash from family.

“Some laws and regulations are now starting to pay attention to the idea of gender equity and gender equality. But that doesn’t mean we are exactly where we need to be,” said Dr. Sahar Khamis, affiliate professor of Women Studies at the University of Maryland.

In July, Egypt approved a law to protect the identities of women who report sexual abuse. The National Council of Women in Egypt, headed by Dr. Maya Morsy has urged women to report their stories and seek justice. They received over 400 complaints from women within days of the viral post about Zaki.

“Women are not just coming forward, they’re revolting, and they’re saying, you know, one way or another someone’s going to pay for what they did,” said Khodir.

An Instagram account called Assault Police was created, giving Arab women a platform to report assaults and seek resources for help. It is one of countless accounts opened to support women’s claims of abuses.

Khodir acts as a middleman by connecting victims to psychiatrists and lawyers. Noor El-Gohary, a commercial lawyer in Egypt, is one of those lawyers who has helped take cases to the National Council of Women and prosecutors’ offices.

“We need more women in the judicial entity to start,” said El-Gohary. “Women have been banned from applying to judicial positions for several years now.”

“There’s definitely this push and pull mechanism,” said Khamis. “You can get new laws, and new decisions, like allowing women to be judges. But then you see the personal court, or the personal law.”

In March, the Egyptian parliament discussed a new bill that would change women’s rights and responsibilities around divorce and marriage. Women’s rights group call the proposed law a 200-year setback.

Activists like Khodir continue to push for reform through social media as she faces regular death threats from men online.

“There’s been this circulation of thoughts saying that I’ve done this because I want to ruin my country’s name. Whereas the it’s quite the opposite. It’s because I love my country so much. I think it deserves better. I think it can be better,” Khodir said.