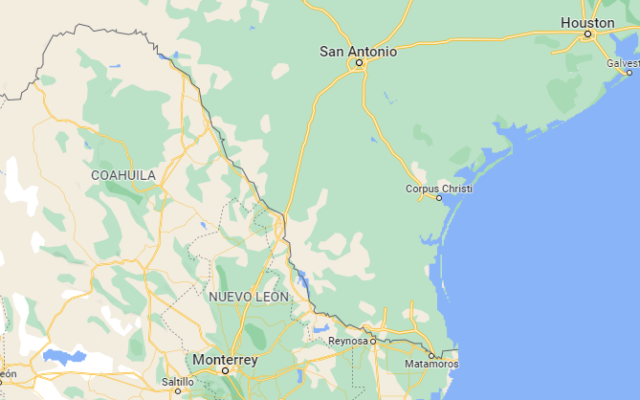 SAN ANTONIO (KTSA News) — Amtrak’s CEO made a pitstop during a visit to Austin for SXSW for a meeting with U.S. Congressman Henry Cuellar.

Cuellar met with Stephen Gardner along with Amtrak CFO Tracie Winbigler this week to discuss expanding the Southern Amtrak corridor to include a new passenger line that spans from San Antonio to Monterrey, Mexico. The proposed route would include a stop in Laredo, Cuellar said.

“If you look at Northwest San Antonio, you’ve got a lot of people from Monterrey that have moved there and have started businesses there,” the Congressman said to KTSA News. “It would be good for tourism and definitely will be good for commerce. San Antonio is an economic powerhouse and Monterrey is Mexico’s industrial powerhouse. This would combine San Antonio, through Laredo, up to Monterrey.”

Cuellar noted that some large businesses in San Antonio have voiced support for the project, including SeaWorld and Six Flags: Fiesta Texas.

Cuellar said he oversaw the completion of a feasibility study for new passenger rail service in South Texas four years ago and noted the Mexican government is currently completing a study of their own for rail service from Monterrey to Nuevo Laredo with plans of connecting the lines in Laredo, Texas.

The Congressman said the next step in the process would be getting the state’s permission for the project and to conduct another required study that would outline how the project would be financed and constructed.

“Texas may be a little resistant to this, but we’re hoping the state of Texas would look at this as a public-private partnership and the billions of dollars the federal government could use [for the construction],” Cuellar said to KTSA News. “You’re talking about up to $12 billion that could be used for this new corridor.”

Those federal funds are part of the Infrastructure Investment and Jobs Act that was signed into law on November 15 that codified a five-year reauthorization of surface transportation programs, including passenger rail.

“I think could be a winner for both the U.S. side and the Mexican side,” Cuellar said.