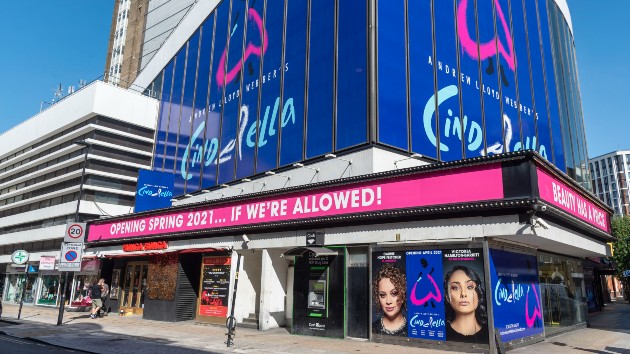 Theater legend Andrew Lloyd Webber has made the “heart-breaking decision” to close his anticipated Cinderella musical before it opened in London’s famed West End.

Webber took to Twitter to post his disapproval of the government’s “impossible” COVID-19 regulations, which he blamed for the decision.

“Despite this, the impossible conditions created by the blunt instrument that is the Government’s isolation guidance, mean that we cannot continue,” Webber wrote. “We have been forced into a devastating decision which will affect the lives and livelihoods of hundreds of people and disappoint the thousands who have booked to see the show.”

The big-budget production, written by Promising Young Woman Oscar winner Emerald Fennell, was to open on July 20. “Cinderella was ready to go,” Webber added. “My sadness for our cast and crew, and our loyal audience and the industry I have been fighting for is impossible to put into words. Freedom Day has turned into closure day.”