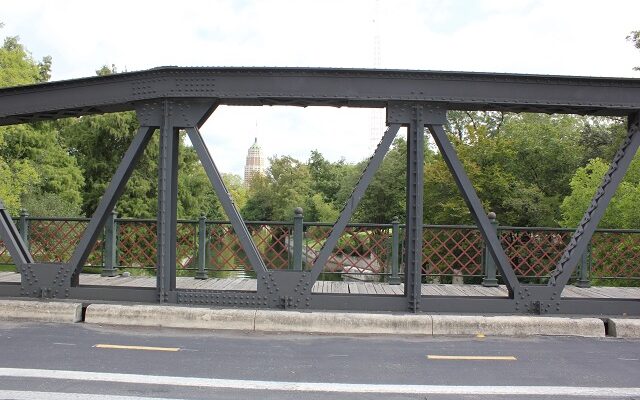 SAN ANTONIO (KTSA News) – Animal Care Services is hoping you can help them find the person who threw a small kitten off a bridge into the San Antonio River.

Late last month, a woman was feeding birds near the Arsenal bridge in the King William area when the individual noticed a car stop on the street.   Somebody got out of the car, threw a soft-sided pet crate into the river and sped away.

Lisa Norwood with Animal Care Services says the witness and other people who were nearby got the sinking bag out of the water, but it was too late.

Animal cruelty investigators were called to the scene.

“We did a full necropsy on the kitten and determined that she was alive when she was thrown off the bridge,” said Norwood.

Investigators have few clues to go on as they search for the person who threw the small kitten into the river.  They don’t have a description of the car and they don’t know whether the individual they’re looking for is a male or female.  The carrier was new and it had no identifying labels, but it contained a 2020 San Antonio coupon pamphlet like those that are found in hotel lobbies. The soft-sided pet crate also contained paper towels from a commercial dispenser.

“We’re hoping that these clues and the fact that this was a very young, black female kitten will help someone remember something,” said Norwood.

Anyone with information is urged to call 3-1-1 and ask for the Animal Care Services investigation unit.

“We’re looking for any and all clues,” said Norwood.