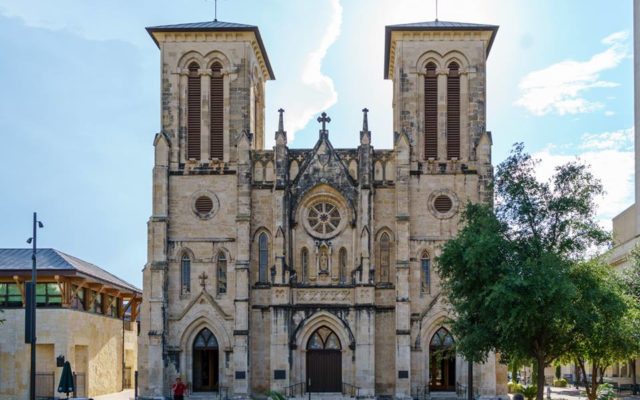 SAN ANTONIO (KTSA News) – Catholic Masses in the Archdiocese of San Antonio have been suspended for the rest of the month, starting this Saturday and Sunday because of the coronavirus.

The exception is wedding liturgies, funeral services and quinceaneras, at the discretion of the pastor.

Archbishop Gustavo Garcia-Siller encourages viewing and participating in the daily and Sunday Masses via Catholic Television of San Antonio or other television outlets and electronic media.

All non-essential gatherings at parishes through  March 31 are canceled or postponed, pending further notice.

The decision was announced after Mayor Ron  Nirenberg announced the first travel-related case of COVID-19 in San Antonio. He also issued a Public Health Emergency declaration prohibiting mass gatherings of 500 people or more.  He also discouraged activities with more than 250 people.

The archbishop also asks that Catholics take this time to think about what you can do for others and he invites you to pray.

While places of worship are not under the mass gathering restrictions in the Public Health Emergency declaration, Community Bible Church also is choosing not to have on-campus worship services this weekend and next weekend.

All CBC-related activities on and off-campus are suspected and facilities will remain closed through at least March 23.