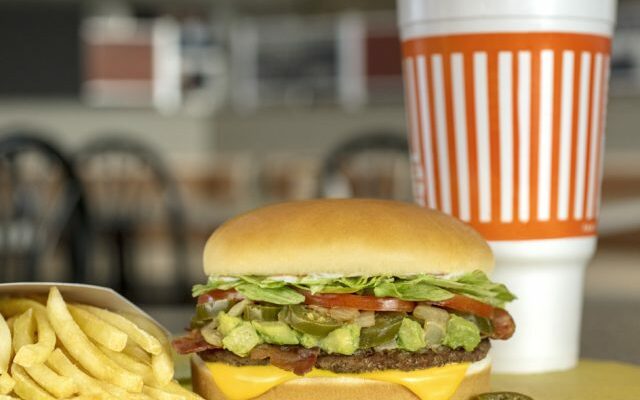 BEXAR COUNTY (KTSA News) — An 18-year-old man was arrested Friday night for shooting at the downtown Whataburger restaurant with about 40 customers inside.

San Antonio police say officers on patrol in the area of the downtown restaurant on East Commerce Street heard about 10 gunshot in rapid succession at around 9:15 p.m. Friday.

The officers got to the area and found a man running eastbound on East Commerce Street as witnesses were shouting that he had a gun.

The officers caught the man at the corner of Losoya Street, but not before the suspect, Pedro Ortega, tossed the gun into the San Antonio River.

Police later learned Ortega had an argument with several people at the Whataburger, walked out, and then shot about 10 rounds into the restaurant through the front windows.

There were about 40 customers inside the restaurant at the time.  Luckily, no one was hurt.

However, police said some of the rounds did end up striking and in some cases embedding in foam cups, hamburgers, and the store’s Christmas tree.

Ortega is now an aggravated assault with a deadly weapon charge.