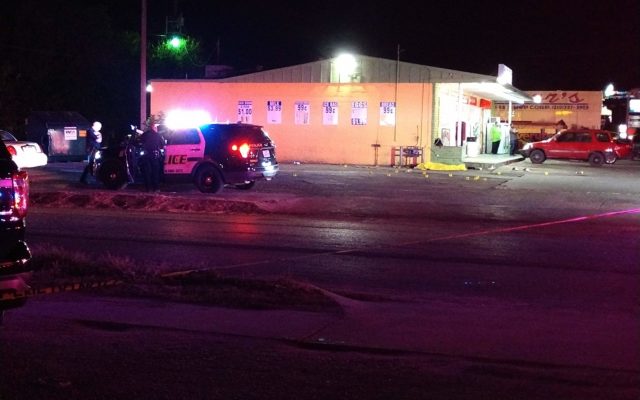 Two men were killed, another wounded after an argument that turned into a shooting outside a convenience store on WW White Road on October 9, 2019. (Photo: KTSA/Dennis Foley)

SAN ANTONIO (KTSA News) — Two men are dead and a third was shot in the face after a shootout outside a convenience store on WW White Road in San Antonio Wednesday night.

San Antonio police chief William McManus told reporters his department got a call about a shooting in progress at a convenience store on the corner of WW White Road and Lakewood Drive at around 8 p.m.

Arriving officers found two men dead at the scene — one each in two parking lots across the street from each other.  A third man was taken to San Antonio Military Medical Center with a gunshot wound to the face.

McManus said the three had an argument before the shooting.  Two of them were in the parking lot on the south side of Lakewood Drive and the third was on the north side of the street.  The police chief said the pair started the argument with the other.  It’s not clear who pulled out a gun first.

The deceased are described as a man in his late teens or early 20s and a man in his early 40s.  The man in the hospital is in his 50s.

It is the second night with a shooting outside a store over some sort of interpersonal dispute.  A shooting in the North Star Mall parking lot left one man wounded Tuesday night.

“These are individual incidents that are not connected,” McManus told reporters.  “Violence can start anywhere.  Can’t let this alter what we do.  Go about your business, be aware of your surroundings.”

There are no other suspects. 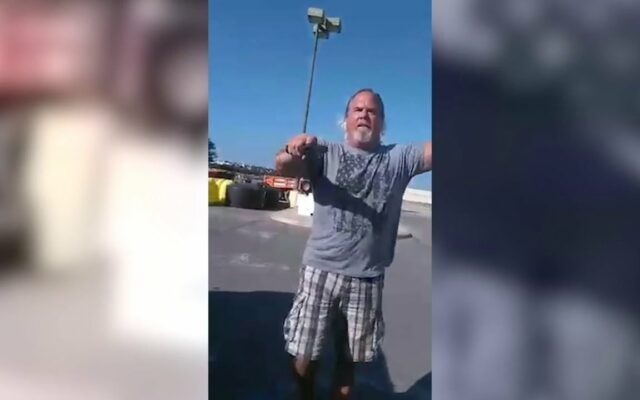