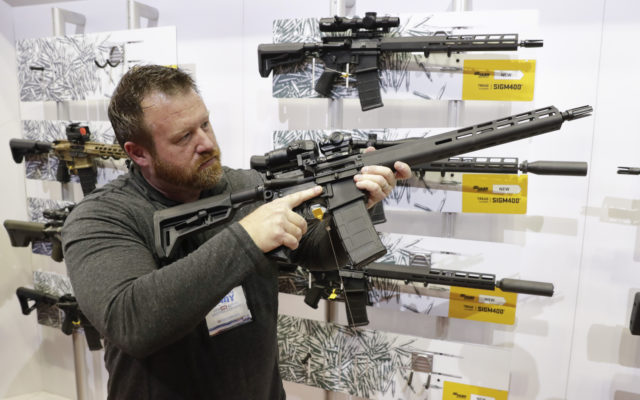 JONESBORO, Ark. (AP) — A parent-led booster club supporting an Arkansas school district that was the site of a 1998 shooting is drawing criticism for its plans to auction off an AR-15 rifle.

The fundraiser is to raise money so Westside High School’s band can go to Florida for a performance.

In 1998, four students and one teacher were killed when two students, then ages 11 and 13, opened fire at Westside Middle School near Jonesboro. One shooter, Andrew Golden, later changed his name to Drew Grant and died in a car crash earlier this summer.

Booster club president, Stacy Walz tells The Jonesboro Sun that she understands the criticism but says the district is filled with gun enthusiasts who support the fundraiser. The district’s superintendent says the auction is not a school-sponsored fundraiser.

Information from: The Jonesboro Sun, http://www.jonesborosun.com