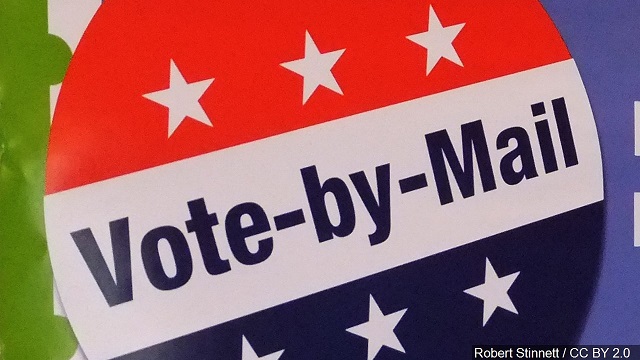 SAN ANTONIO (KTSA News) – Efforts to expand voting by mail  based on the coronavirus pandemic have failed, so the lawyer representing the Texas Democratic Party took a different approach before a federal appellate court.  He cited age discrimination.

Attorney Chad  Dunn argued before the 5th Circuit Court of Appeals Monday that the state’s law allowing only people 65 and over to vote by mail is unconstitutional because it discriminates based on age.

“There’s an unbroken line of cases going back for decades saying that you cannot give different voting rights to people based on age and different  methods to vote,” said Dunn.

A three-judge panel of the 5th circuit court heard arguments from attorneys for the Texas Democratic Party and three voters who want to expand the voting by mail system, as well as three Republican State leaders who say that it would open the door to more voter fraud.

“This notion that there are a whole lot of voters out there trying to cheat the system and stuff the ballot box is just false” said Dunn.  “Every opportunity the state’s been given to prove that in court, which is at least four or five that I’ve been present for,  it’s got no evidence for it.”

People with disabilities also qualify for mail-in ballots, but earlier this summer, the Texas Supreme Court and the 5th Circuit rejected lower-court rulings that fear of contracting COVID-19 at the polls because of a compromised immune system does not meet the requirement for voting by mail.

There’s no word on when the 5th Circuit Court of Appeals will rule on the latest case alleging age discrimination.

The deadline for county election administrators to mail ballots to military personnel and Texans living overseas is September 19th.   Early voting in the November 3 elections is October 22.