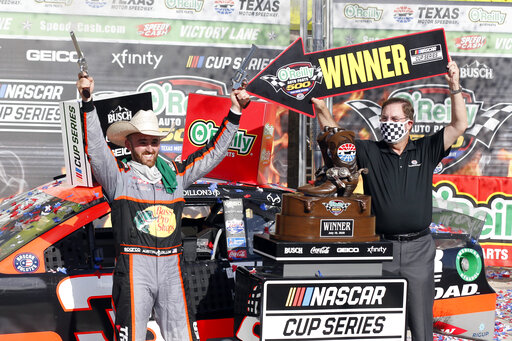 Austin Dillon stayed in front after a restart with two laps to go and beat rookie Tyler Reddick to the checkered flag.

That gave Childress a 1-2 NASCAR Cup finish and quite a show for spectators spread out in the stands.

Dillon raced to his third career win and first since Daytona at the start of the 2018 season. He stayed in front on three late restarts, the first after an incident with 29 laps left that shuffled the fast car of Ryan Blaney to a lap back.

Joey Logano finished third, with Kyle Busch coming in fourth a day after he finished ahead of the field in two races. Series points leader Kevin Harvick was fifth.