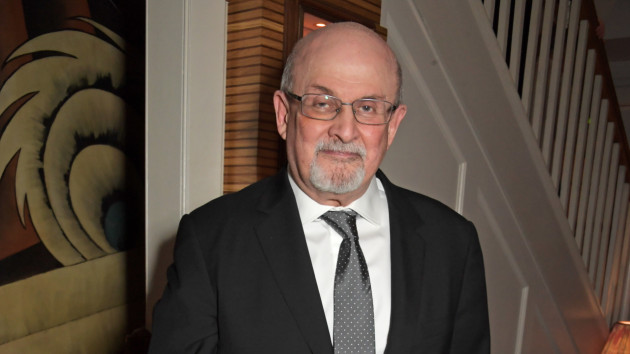 (NEW YORK) — Author Salman Rushdie was attacked at an event in New York state on Friday, according to witness accounts and law enforcement reports.

Rushdie was scheduled to give a lecture at the education center Chautauqua Institution in Chautauqua, in southwestern New York, Friday morning.

At around 11 a.m., a man “ran up onto the stage and attacked Rushdie and an interviewer,” according to New York State Police.

Rushdie suffered an apparent stab wound to the neck and was transported by helicopter to the hospital, police said. His condition is unclear.

The Chautauqua County Sheriff’s Department also confirmed to ABC News there was a stabbing at the event where Rushdie was speaking.

The suspect was taken into custody by a state trooper, police said.

In the aftermath of the attack, Rushdie, 75, was seen being tended to while on the stage.

The interviewer suffered a minor head injury during the attack, police said.

The British-Indian writer faced years of death threats after his novel, The Satanic Verses, was published in 1988.

The late Iranian leader Ayatollah Ruhollah Khomeini accused the author of blasphemy over the book and in 1989 issued a fatwa against Rushdie, calling for his death.

Rushdie spent years in hiding, which he chronicled in his 2012 memoir, Joseph Anton.