Authorities seize 2.8 tons of meth and fentanyl at U.S. border in California 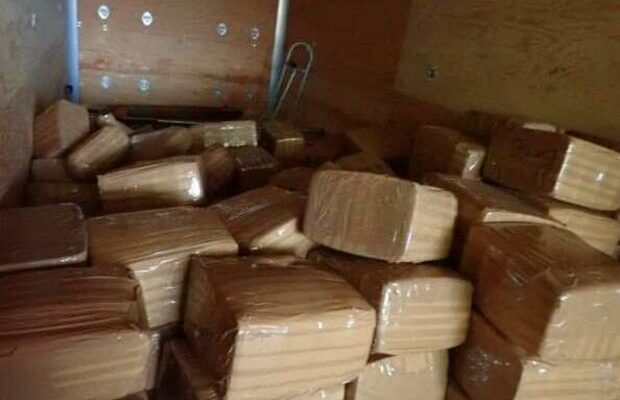 Law enforcement officials last week seized 2.8 tons of methamphetamine and fentanyl powder at a U.S.-Mexico border crossing in San Diego, California. U.S. Customs and Border Protection announced Wednesday. Officials said that the drugs are estimated to be worth more than $12.9 million and that it is “believed to be one of the largest methamphetamine seizures in the nation’s history.”

“This amount of fentanyl and methamphetamine is enough to ruin countless lives and fund transnational criminal organizations,” Pete Flores, CBP director of field operations in San Diego, said in a statement. “I’m proud of our officers’ efforts at all Ports of Entry within the San Diego Field Office to intercept this and all smuggling attempts.”

Officials said that on August 5, CBP agents encountered Mexican citizen Carlos Gerardo Symonds Saavedra, 53, attempting to drive his truck and trailer across the border. The manifest indicated he was transporting a commercial shipment of plastic parts, according to the Department of Justice. An initial scan of the truck and trailer found “anomalies,” according to CBP, requiring more detailed examination at an inspection dock. During this second inspection, a canine team indicated there were illicit drugs in the trailer.

Symonds Saavedra was arrested and faces federal charges that carry a maximum penalty of life in prison and a minimum mandatory sentence of 10 years, along with a $10 million fine. He was transported to the Metropolitan Correctional Center in San Diego and has been turned over to the U.S. Immigration and Customs Enforcement and Homeland Security Investigations.

“While this drug seizure is significant, we know that these transnational criminal organizations will continue to illegally smuggle their illicit drugs across our border,” San Diego Homeland Security Investigations special agent in charge Cardell T. Morant said in a statement. “HSI and its law enforcement partners will remain vigilant in our mission to prevent these drugs from crossing the border and entering our communities.”