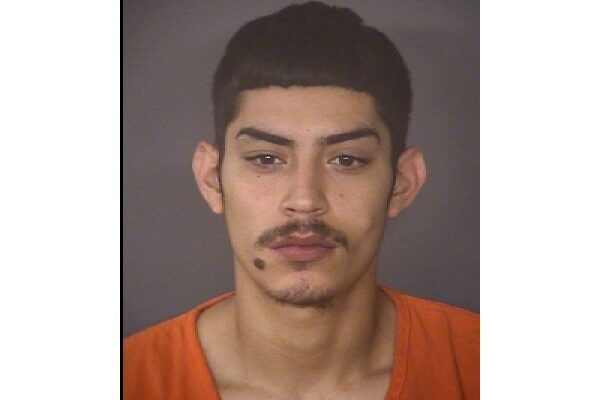 SAN ANTONIO (KTSA News) — A man found guilty of killing an 11-month-old child while babysitting in 2017 was sentenced to life in prison by a Bexar County judge this week.

Miguel Gutierrez, who is now 27 years old, was reportedly watching Xzavier Cortez along with three other children after their mother, Selena Moya, dropped the children off at Gutierrez’s parents’ west side home on November 3, 2017.

At his trial in October, prosecutors said Gutierrez either squeezed or beat Xzavier to death and medical examiners said the 11-month-old suffered blood loss so severe it accounted for 25% of the child’s blood volume. San Antonio Fire and EMS paramedics testified the child had the words “thug life” written on his stomach.

Gutierrez was shown on video during his trial admitting to squeezing Xzavier “too hard.”

According to Xzavier’s older sister, who was 6-years-old at the time of his death, told the court that Gutierrez had previously beat the child and that her brother had fallen off a bed “four or five times” on the night he died.

The medical examiner said that Xzavier had at least 18 external traumatic injuries that had hemorrhaged from his abdominal area down to his testicles. The injuries included six rib injuries that were one-to-three weeks old at the time the child died in addition to a burn on his finger and bruises on his head, arms and torso.

Defense attorney’s called Monica Castillo, a second cousin of the children’s mother, to the stand during the trial and she claimed that Moya routinely abused the children. Moya was indicted in 2020 on a charge of child abandonment with risk of bodily injury.

Gutierrez was found guilty in October and sentenced today. According to the District Attorney’s Office, Gutierrez must serve 40 years of his sentence before being eligible for parole.

“Baby Xzavier should be here today, getting ready to celebrate Christmas with his siblings. What he endured at the end of his 11 months of life is horrific. This defendant will spend more time behind bars than he did as a free man. It will never bring back Baby Xzavier, but I hope the sentence allows his siblings, father and grandparents to live in peace,” said Bexar County District Attorney Joe Gonzales.