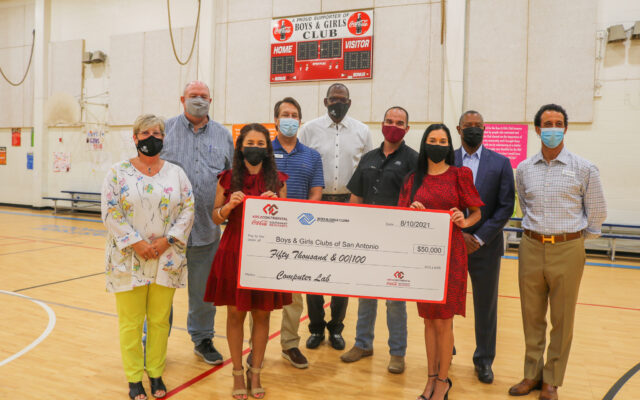 SAN ANTONIO (KTSA News) — The Boys & Girls Clubs of San Antonio got a big back to school present thanks to Coca-Cola Southwest Beverages last week.

CCSWB pledged to donate $50,000 in addition to a new computer lab and student laptops in an effort to support San Antonio students. The computer lab is slated to open next year.

The effort is part of an initiative that includes donating $1 million in laptops throughout many of the state’s major metropolitan areas that include San Antonio, Houston and Dallas-Fort Worth,

“Today’s students are our world’s next generation of leaders, but so many do not have a computer at home to complete their school assignments,” said Jean Claude Tissot, president of Coca-Cola Southwest Beverages. “As part of our commitment to the San Antonio community, we are thrilled to support the Boys & Girls Club of San Antonio team in their mission to serve students in need.”