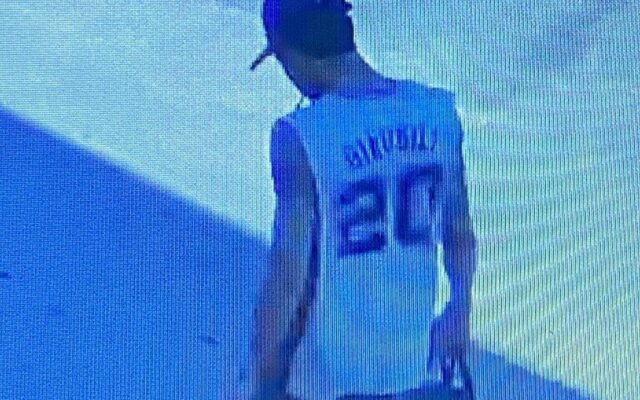 A Balcones Heights police sergeant was critically wounded in a gunfight with suspects in an apartment complex parking lot along Interstate 10 Wednesday afternoon.

Bexar County Sheriff Javier Salazar said the sergeant and an officer were investigating reports of suspicious people possibly breaking into car in the parking lot and confronted the suspects who were in a white Ford pickup truck.

The sergeant noticed something in the truck that prompted him to un-holster his gun.

A gunfight ensued.  The sheriff is not sure who fired first, but said the sergeant, officer, and at least one of the suspects were shooting at each other.

Balcones Heights Mayor Suzanne De Leon said the sergeant was struck in the neck, shoulder, and arm by the gunfire.

Salazar said the officer was able to drag the sergeant to his patrol car and rushed him to the hospital.

The mayor said the sergeant is currently in surgery.

The sheriff said they are still looking for the suspects in the case, including the one pictured above.  He said it is possible that one of them may have been injured during the gun battle.

The suspects’ truck has been located and is currently in the custody of the sheriff’s office.

Salazar said investigators have a good idea of the identities of their suspects, but they all remain on the loose.

Anyone with information — including the suspects themselves — are being encouraged to call the sheriff’s office at 210-335-6000.

San Antonio police and the Bexar County Sheriff’s Office both confirmed that they are investigating the shooting along with the Texas Department of Public Safety.

The sheriff’s office has put out photos of the suspect and the suspect’s vehicle.

This story will be updated when more information is made available.