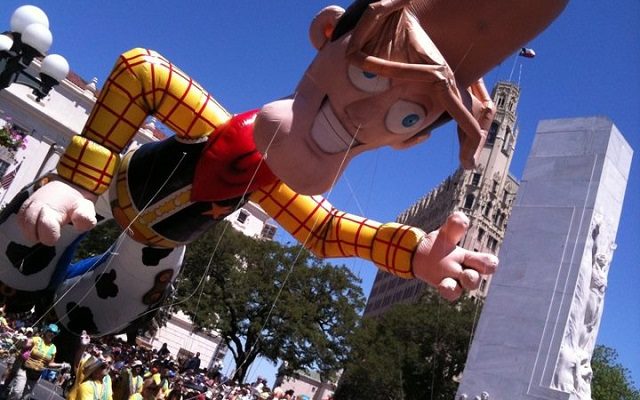 SAN ANTONIO (KTSA News) -All systems are go for the Battle of Flowers Parade in November.

Anna-Laura Howell Block, president of the Battle of Flowers Association, says the new date for the parade is Friday, November 13th.

The Association’s executive board approved the move after the Fiesta San Antonio commission announced last Friday that the 11-day event is being postponed  from April to November because of the coronavirus.

“We are on board,” said Howell Block.  “We want to be there to help the community, the people who depend on Fiesta for their livelihood and businesses.”

She told KTSA News that the grand marshal, Eileen Collins, will be able to lead the parade in November.  She was NASA’s first female commander of a Space Shuttle.

The all-female organization also sponsors one of the most colorful, musical extravaganzas during Fiesta –the Battle of Flowers Band Festival.  It’s usually held the night before the parade, but Howell Block told KTSA News they haven’t locked up a November date yet.  They’re looking at two possibilities.

“We have contacted Alamo Stadium and they’re being very accommodating with us. We are the biggest event on their book, so they really would like to continue to have us there and we’d really like to partner with them again,” said Howell Block.

Once they secure a date for that event, they’ll start contacting the schools that were committed to participate in the parade and the band festival.   Right now, schools are on an extended Spring Break.

The Battle of Flowers Association started Fiesta in 1891.  Women decorated carriages, buggies and bicycles with flowers and traveled in front of the Alamo with participants throwing flowers at each other. That’s how it got the name, “Battle of Flowers Parade.”

The event traditionally is held on the Friday close to April 21, the date of the Battle of San Jacinto.  On April 21, 1836, Gen. Sam Houston led the Texian Army to victory over Gen. Santa Anna and his Mexican Army.

Howell Block says with only a five-month span between November and April, they’ll have dual leadership working on two parades at the same time–the 2020 event and the Battle of Flowers Parade in April of 2021.

The theme this year is “Viva Las Flores!” (Long live the flowers)