Battle of the Flowers Parade makes its triumphant return 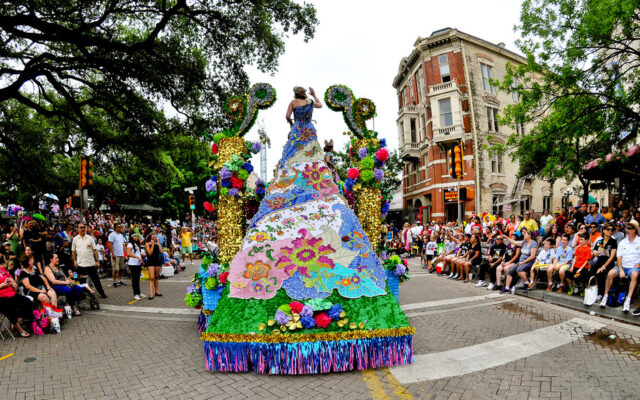 SAN ANTONIO (KTSA News) — It’s almost time to enjoy the parade that started all of the Fiesta-fun San Antonians have  been celebrating for more than 130 years.

The Battle of Flowers Parade will kick off Friday at 9:30 a.m. after a two-year-long hiatus caused by the COVID-19 global pandemic.

The parade has been held annually since 1891 to honor the heroes that fought at The Alamo, Goliad and San Jacinto in an effort to win Texas’ independence. It remains as one of the country’s oldest parades.

The route for Battle of Flowers and the Fiesta Flambeau parades have been changed.

The parades will begin on Main Street near San Antonio College, which will serve as the forming area.

The parades will move South on Main Street before veering off onto Lexington near Madison Square Park before turning left on St. Mary’s Street.

Each public school in the San Antonio area gets a chance to participate in the parade through a four year cycle rotation.

Tickets for the parade are still available online at www.etix.com/ticket/v/12792/battle-of-flowers.

Officials said more than 4,300 area students will compete in the 84th annual festival starting at 6:30 p.m.

The bands will all perform in unison for the finale of the Festival that includes a fireworks display.