Battles expected in many states over abortion-related bills

NEW YORK (AP) — On each side of the abortion debate, legislators and activists emboldened by recent political developments plan to push aggressively in many states this year for bills high on their wish lists: either seeking to impose near-total bans on abortion or guaranteeing women’s access to the procedure.

For abortion opponents, many of whom will rally Friday at the annual March for Life in Washington, there’s a surge of optimism that sweeping abortion bans might have a chance of prevailing in the reconfigured U.S. Supreme Court that includes Donald Trump’s appointees Neil Gorsuch and Brett Kavanaugh. Legislators in at least four states — Ohio, Kentucky, Missouri and South Carolina — are expected to consider bills that would ban abortion after a fetal heartbeat is detected, possibly just six weeks into a pregnancy.

Conversely, results of the midterm elections buoyed supporters of abortion rights in several states, including New York, Rhode Island, Maryland and New Mexico. Abortion-rights groups there are now hopeful that lawmakers will pass bills aimed at protecting access to abortion even if the Supreme Court eventually reversed or weakened the 1973 Roe v. Wade decision that established a nationwide right to abortion. Tuesday will mark the 46th anniversary of that ruling.

“With big electoral victories in state legislatures and governorships, many states are now primed to provide the last line of defense for a woman’s ability to control her body, life and future,” said Andrea Miller, president of the National Institute for Reproductive Health.

Here are some of the notable bills likely to be considered:

NEW YORK: For years, Republicans who controlled the New York Senate blocked efforts to codify abortion rights in state law as a bulwark against any undermining of Roe v. Wade. However, Democrats, who have long controlled the legislature’s lower chamber, took control of the Senate in the midterms, and are expected to swiftly enact the long-sought protections. Democratic Gov. Andrew Cuomo, easily re-elected to a third term, says the legislation is among his top priorities.

In a recent speech, Cuomo said Trump’s Supreme Court nominees “don’t even pretend to be objective jurists. They’ve already announced their intention to impose their morality on the nation and roll back Roe v. Wade.”

RHODE ISLAND: Although abortion is readily available in Rhode Island, the state has never removed some decades-old laws that sought to restrict abortion rights. A bill to scrap those old laws, and reinforce the right to abortion in case Roe is reversed, has been reintroduced in the 2019 session after failing the past two years. A co-sponsor, Sen. Gayle Goldin, says chances are better this year because the midterms increased the number of abortion-rights supporters in the legislature.

MARYLAND: Democratic House Speaker Michael Busch says lawmakers will take up a constitutional amendment to protect abortion rights in Maryland, in case protections are overturned or weakened by the Supreme Court or federal government. Maryland passed legislation in 1991 to protect such rights, but supporters of the proposed amendment say it would be a stronger guard against any future legislative efforts to restrict abortion. If the measure wins legislative approval in the Democrat-controlled legislature, it would go before voters in a future election.

MAINE: A new Democratic governor who supports abortion rights, Janet Mills, has succeeded anti-abortion Republican Paul LePage. Mills would likely sign a recently introduced bill that would require Maine to fund some abortions that are not covered under Medicaid. Democrats control both chambers of the legislature.

NEW MEXICO: Democratic legislators — who control both chambers — are backing a bill that would remove New Mexico’s criminal ban on abortion. A 1969 statute made it a felony for an abortion provider to terminate a pregnancy, with exceptions for rape, birth defects and serious threats to a women’s health — though the law has been unenforceable since the Roe decision.

OHIO: During eight years in office, GOP Gov. John Kasich signed more than 20 anti-abortion bills, but twice vetoed the most draconian measure to reach his desk — the so-called “heartbeat bill” that would ban abortions after a fetal heartbeat is detected. But Kasich has now been succeeded by fellow Republican Mike DeWine, who suggests he will sign a heartbeat bill. And the proposal has finally won the endorsement of Ohio Right to Life, which previously considered it too contentious but now believes it has a chance of prevailing in court.

“With the additions of Justices Gorsuch and Kavanaugh to the U.S. Supreme Court, we believe this is the most pro-life court we have seen in generations,” said Ohio Right to Life board chairman Marshal Pitchford. “Now is the time to pursue this approach.”

KENTUCKY, MISSOURI, SOUTH CAROLINA: Lawmakers in these states, where Republicans control the legislature and governor’s office, also have drafted heartbeat bills for consideration this year.

The South Carolina measure would require testing for a detectable fetal heartbeat prior to an abortion; anyone performing an abortion after a heartbeat was detected would be guilty of a felony. A similar measure has been filed in Missouri; its potential punishments include fines and suspension or withdrawal of medical licenses.

“I would be proud if it’s Kentucky that takes it all the way up to the Supreme Court and we challenge Roe v. Wade,” Thayer told reporters. “That would be absolutely the pinnacle of my career in the legislature.”

ARKANSAS: Like Kentucky, some of Arkansas’ previously approved anti-abortion laws remain caught up in legal fights. But two new measures were filed ahead of the 2019 session: One would toughen requirements for reporting abortion-related complications to state health officials; the other would prohibit doctors from performing an abortion if they know the woman seeks it solely because the fetus is diagnosed with Down syndrome.

Indiana, Louisiana and Ohio previously enacted bans on Down syndrome abortions which have been blocked in federal court. Indiana is asking the Supreme Court to review its case. North Dakota enacted a similar ban in 2013 that has not been challenged; the state’s sole abortion clinic says the issue hasn’t arisen under its policy of not performing abortions after 16 weeks into a pregnancy.

OKLAHOMA: A Republican state senator, Joseph Silk, has filed a bill that would include abortion in the state’s definition of felony homicide, potentially punishable by life in prison. Its chances of advancing are uncertain, but Oklahoma lawmakers did approve a bill two years ago that would have outlawed abortion and imposed prison sentences of up to three years on anyone performing the procedure.

That bill was vetoed by then-Gov. Mary Fallin. She has been succeeded by fellow Republican Kevin Stitt, who declined comment on Silk’s bill after it was filed. 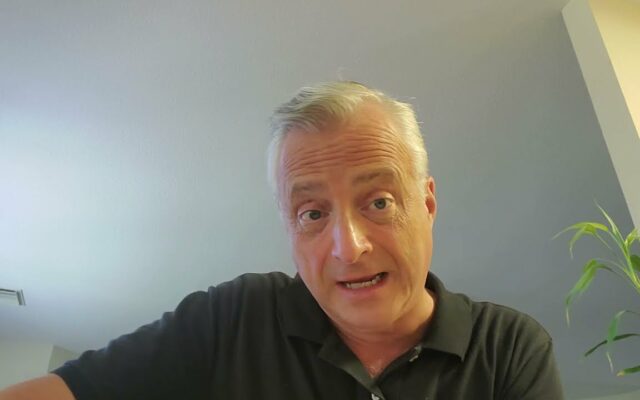 When Reality Got Off The Bus