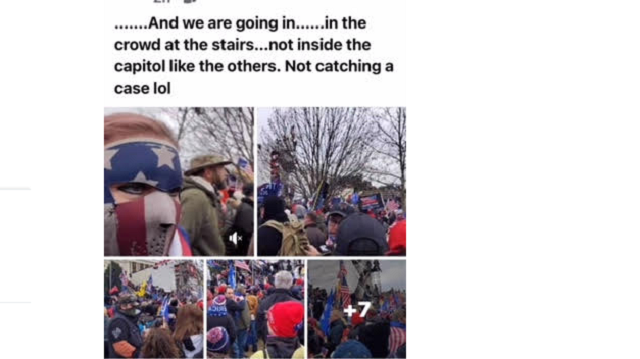 SAN ANTONIO (KTSA News) — A former Bexar County Sheriff’s Office lieutenant remains terminated following an investigation into her participation in the storming of the Capitol on January 6.

47-year-old Roxanne Mathai was formally dismissed in June by Sheriff Javier Salazar and the termination was upheld by an arbitrator this week, according to KSAT.

Mathai has been under investigation for her participation in the riot since January 7 after she posted images and video of the event to her social media pages.

“……And we are going in……in the crowd at the stairs…not inside the capitol like the others. Not catching a case lol,” Mathai wrote alongside a selfie and photos of rioters at the Capitol. “… Not gonna lie…..aside from my kids, this was, indeed, the best day of my life. And it’s not over yet.”

Mathai reportedly argued before the arbitrator that she was simply present for a historic event at the Capitol on January 6.

“I just thought it was the most ridiculous thing I’d ever heard. It’s not like you’re standing there for the signing of the Declaration of Independence. That’s a historic event. You’re there when fellow Americans lost their lives. That’s nothing to be proud of,” Salazar said in an interview with KSAT on Monday.

Mathai’s attorneys reportedly did not return a request for comment, but has previously stated they plan to file a wrongful termination suit against the Sheriff’s Office.

Mathai has been on administrative leave since October 2019 when Salazar said she was under a separate investigation for having a possible inappropriate relationship with an inmate.